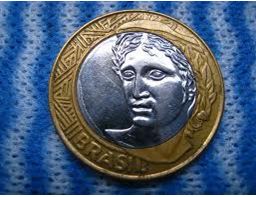 The staff at Brazil’s central bank has gone on strike to win a substantial pay raise that would counterbalance the impact of inflation on their personal purchasing power.

Employees at Brazil’s central bank are striking for a 23 percent pay rise to keep pace with rising prices, even though one of the institution’s roles is to curb inflation.

The central bank staff have joined a wave of strikes among government workers to demand higher salaries, putting pressure on efforts by President Dilma Rousseff to control a swollen federal budget…  But annual wage negotiations, which are often accompanied by strikes, put the government under constant pressure to award above-inflation salary increases.

Rising wages are leading to fears that Brazil’s competitiveness is being eroded at a time when it is losing its mantle as the region’s highest growth large economy to Mexico.

The central bank strike, under which staff have agreed to maintain operations most important to the markets but to go slow on other functions, comes amid similar industrial action at universities, regulatory agencies and other federal government departments.

Economists are concerned that inflation in Brazil’s services sector, one of the biggest areas of job creation in the economy, is costing the country its competitive edge.

“Rising incomes have led to greater demand for labor-intensive services,” said Tony Volpon, economist for Nomura, in a report that predicted Mexico could overtake Brazil again as the region’s largest economy by 2022.