Is Left vs. Right-Brain a Pop Psychology Myth? 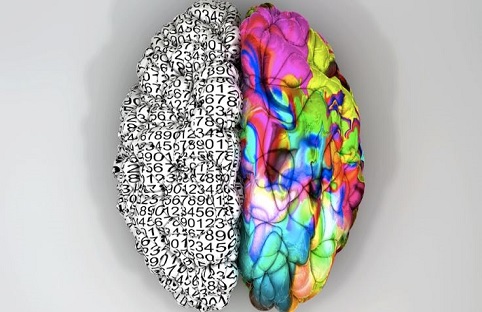 A recently published neuroscience study indicates that the left vs. right-brain distinction is overplayed.  In reality, it would be highly inefficient for one half of the brain to consistently be more active than the other.

In a new two-year study published in the journal Plos One, University of Utah neuroscientists scanned the brains of more than 1,000 people, ages 7 to 29, while they were lying quietly or reading, measuring their functional lateralization — the specific mental processes taking place on each side of the brain.  They broke the brain into 7,000 regions, and while they did uncover patterns for why a brain connection might be strongly left or right-lateralized, they found no evidence that the study participants had a stronger left or right-sided brain network.

How, then, did the left-brained/right-brained theory take root?  Experts suggest the myth dates back to the 1800s, when scientists discovered that an injury to one side of the brain caused a loss of specific abilities.  The concept gained ground in the 1960s based on Nobel-prize-winning “split-brain” work by neuropsychologists Robert Sperry, and Michael Gazzaniga.  The researchers conducted studies with patients who had undergone surgery to cut the corpus callosum — the band of neural fibers that connect the hemispheres — as a last-resort treatment for epilepsy.  They discovered that when the two sides of the brain weren’t able to communicate with each other, they responded differently to stimuli, indicating that the hemispheres have different functions.  Both of these bodies of research tout findings related to function; it was popular psychology enthusiasts who undoubtedly took this work a step further and pegged personality types to brain hemispheres…

Yet, despite Anderson’s work and other studies that continue to disprove the idea that personality type is related to one or the other side of the brain being stronger, my guess is that the left-brained/right-brained vernacular isn’t going away anytime soon.  Human society is built around categories, classifications and generalizations, and there’s something seductively simple about labeling yourself and others as either a logical left-brainer or a free-spirited right brainer.