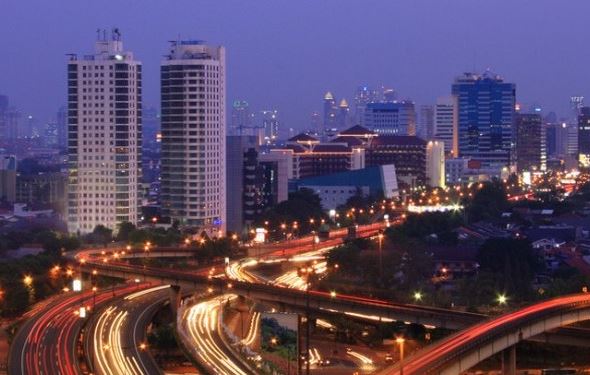 Indonesia, the world’s fourth-most populous nation, has lagged the growth of many of its Asian neighbors.  New President Joko Widodo is trying to remedy some of the most wasteful uses of the country’s scarce capital.  His team recently announced the elimination of a decades-old fuel subsidy that was a source of crime and corruption, and the government is repurposing these funds toward infrastructure improvements.

The government will save 230 trillion rupiah ($18 billion) in total from the fuel subsidy change and 60 percent of that will be spent on infrastructure, Finance Minister Bambang Brodjonegoro told reporters today.  The government plans to double spending on transportation from last year, said Energy and Mineral Resources Minister Sudirman Said in a Bloomberg Television interview with Angie Lau today.   “What happened is shifting the subsidy from consumption into more productive spending,” the energy minister said, adding savings will increase in coming years.  “Because of the policy this year 2015, the public works, the transportation sector and the agriculture will double the capital expenditure budget.”

President Joko Widodo scrapped the subsidy for gasoline on Jan. 1 and capped the amount of aid for diesel, joining India and Malaysia in taking advantage of plunging oil prices to wean their nations off government subsidized fuel.  Indonesia had been subsidizing fuel since the first oil price shock in the 1970s and kept prices at less than $0.20 per liter until 2005, according to a World Bank report published in March.… “This is a big deal,” Oversea-Chinese Banking Corp. economist Wellian Wiranto wrote in a report.  “Subsidies were supposed to eat up more than 13 percent of total expenditure in 2015 originally, but now whittled down to a mere 1 percent.  The country can now look ahead to how best to improve living standards, rather than look over its shoulders all the time for oil price risk.”