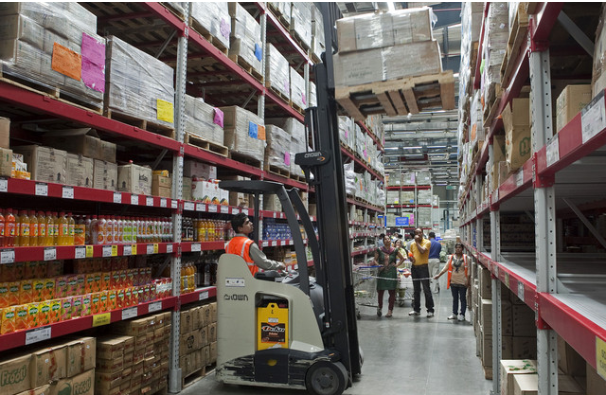 For the first time the Indian government is allowing overseas companies to own as much as 51 percent of retailers selling more than one brand (it is now also permitting 100 percent foreign holding in single brand stores).  This ruling will give global companies like Wal-Mart and Tesco the opportunity to own stores and gain greater access to one of the world’s more attractive tailwinds, the growing middle class in India.

India’s decision to allow overseas ownership in retail will create up to 10 million jobs and give farmers better prices, Sharma said.  Wal-Mart, Carrefour SA (CA) and Tesco (TSCO) seek to step up their presence in the world’s second-most populous nation to tap a market estimated by Business Monitor International to double to $785 billion by 2015 from $396 billion this year.

“This is possibly the most exciting thing that has happened in retail in India,” said Hemant Kalbag, who heads the consumer and retail practice for Asia at A.T. Kearney in Mumbai.  “This is probably the next big wave of change in organized retail in India.”

“Foreign retailers must be licking their lips at this opportunity,” said Narayanan Ramaswamy, executive director at KPMG India, which advises retail companies.  “It has to be one of the biggest opportunities in the world right now.”

In addition to stated goals of promoting job creation, helping tame food inflation, and building a stronger domestic market for farm goods, the Indian government is using this decision to make foreign retailers who want to participate under this ruling use their private dollars to meet public needs.  Two examples we found interesting: