In Fits and Starts 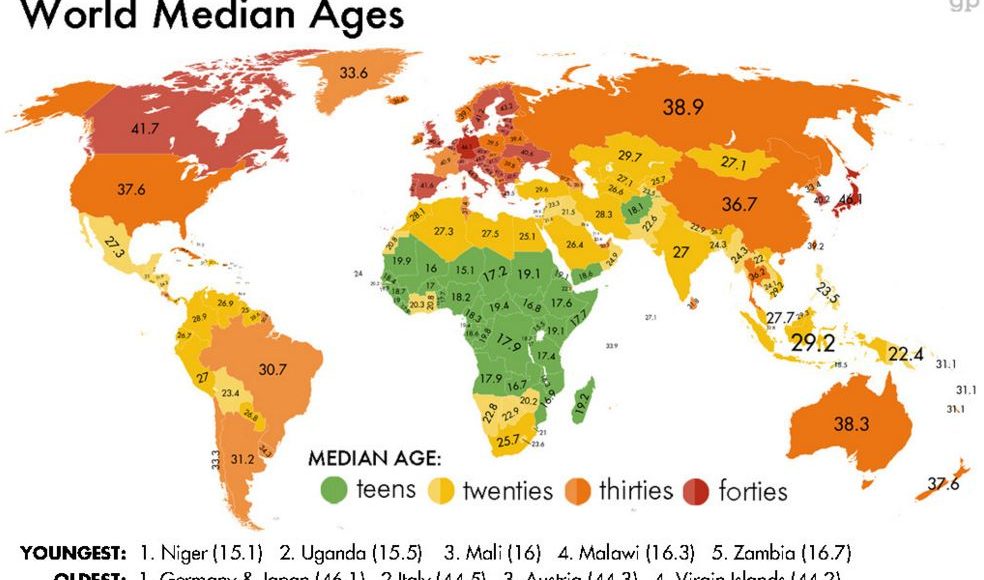 Many countries in Africa have made real economic progress in the past decade, but continued gains are far from guaranteed.  It will take relative peace, limited government meddling, and investments in power and transportation infrastructure, among other important factors, to maintain the current trajectory.  Economic growth is not the manifest destiny of places with promising demographics.

Over the past 15 years sub-Saharan African economies have expanded at an average rate of about 5% a year, enough to have doubled output over the period. They were helped largely by a commodities boom that was caused, in part, by rapid urbanization in China.  As China’s economy has slowed, the prices of many commodities mined in Africa have slumped again.  Copper, for instance, now sells for about half as much as it did at its peak.  This, in turn, is hitting Africa’s growth: the IMF reckons it will slip to under 4% this year, leading many to fret that a harmful old pattern of commodity-driven boom and bust in Africa is about to repeat itself.  One of the main reasons to worry is that Africa’s manufacturing industry has largely missed out on the boom.

The figures are stark.  The UN’s Economic Commission for Africa (UNECA), which is publishing a big report on industrialization in Africa next month, reckons that from 1980 to 2013 the African manufacturing sector’s contribution to the continent’s total economy actually declined from 12% to 11%, leaving it with the smallest share of any developing region.  Moreover, in most countries in sub-Saharan Africa, manufacturing’s share of output has fallen during the past 25 years.  A comparison of Africa and Asia is striking.  In Africa manufacturing provides just over 6% of all jobs, a figure that barely changed over more than three decades to 2008.  In Asia the figure grew from 11% to 16% over the same period.

Yet deindustrialization appears to be hitting African countries particularly hard. This is partly because weak infrastructure drives up the costs of making things.  The African Development Bank found in 2010 that electricity, a large cost for most manufacturers, costs three times more on average in Africa than it does even in South Asia.  Poor roads and congested ports also drive up the cost of moving raw materials about and shipping out finished goods…

Africa’s final snag is its geography.  East Asia’s string of successes happened under the “flying geese” model of development, where a “lead” country creates a slipstream for others to follow.  This happened first in the 1970s, when Japan moved labor-intensive manufacturing to Taiwan and South Korea.  But Africa seems to have missed the flock.  “We don’t have a leading goose, a Japan,” says Ngozi Okonjo-Iweala, Nigeria’s former finance minister.  Light manufacturing is leaving China for neighboring Bangladesh and Vietnam rather than distant Africa, despite its promise of plentiful cheap labor.  “Africa’s growth is not driven by export-led manufacturing,” says Dani Rodrik, an economist.  “And in the coming century Africa will find it difficult to grow through that route.”

Yet some African countries are bucking the trend.  Ethiopia’s manufacturing has grown by an average of over 10% a year in 2006-14, albeit from a very low base, partly because it has courted foreign investors.  “We approached Holland’s horticultural firms, China’s textile and leather firms and Turkey’s garment firms.  Now we’re bringing in German and Swiss pharmaceuticals,” says Arkebe Oqubay, a minister who promotes Ethiopia’s industrialization. 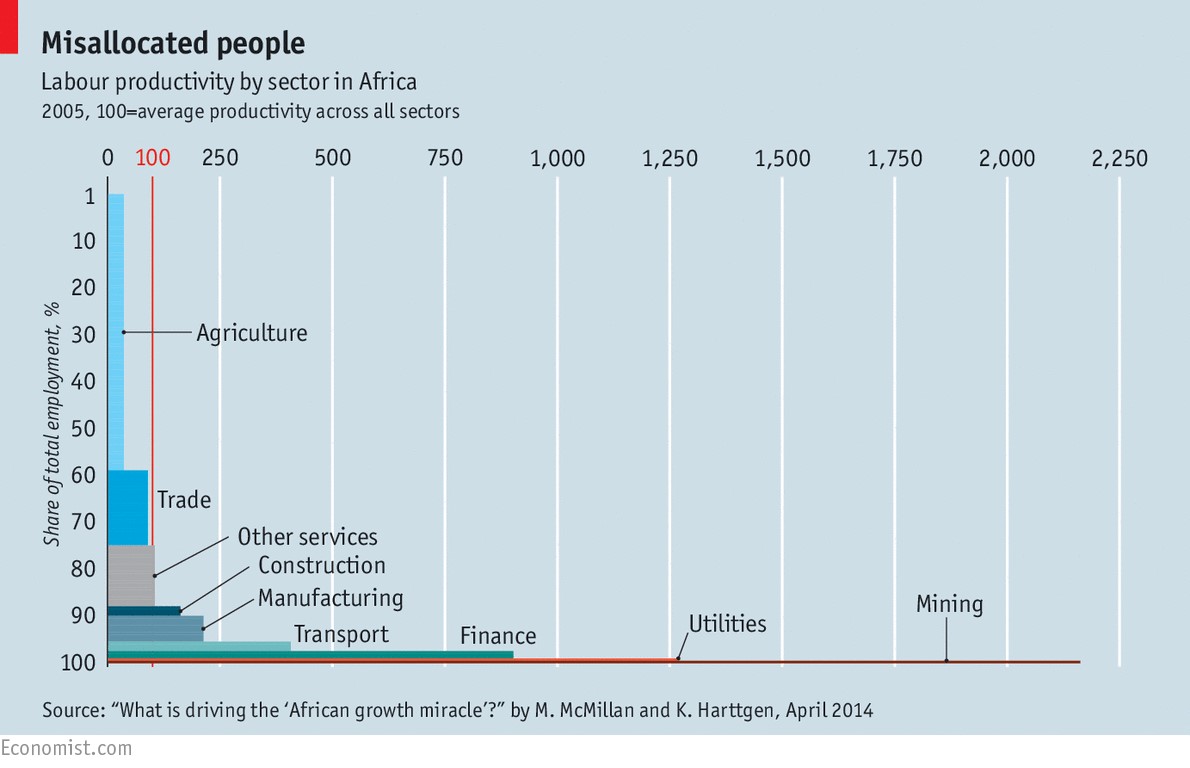