How’s the Weather Down There? 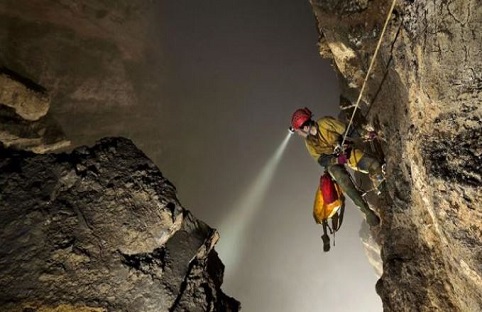 After accidently stumbling across it, a team of 15 experts has spent a month exploring a vast system of caves in the Chongquing province of China, including certain caverns that are so large that they generate their own weather.  They have shared their photographs of the natural wonder.

They found the entrance to the hidden Er Wang Dong cave system and were stunned to see a space so large it contains a cloud.   In Cloud Ladder Hall, which measures about 12½ acres, or about 12 football fields, fog conceals the roof 820 feet above.   “I had never seen anything quite like the inside cloud ladder before,” said Manchester photographer and caver Robbie Shone, one of the team members.  “Thick cloud and fogs hangs in the upper half of the cave, where it gets trapped and unable to escape through the small passage in the roof.

Exploring the caves, even for professionals, had its dangers.  “Most caves either are accessed by large walking entrance, some require a long deep swim, others may be very vertical in nature where you need ropes to rappel down the walls deep into the caves,” Shone said. 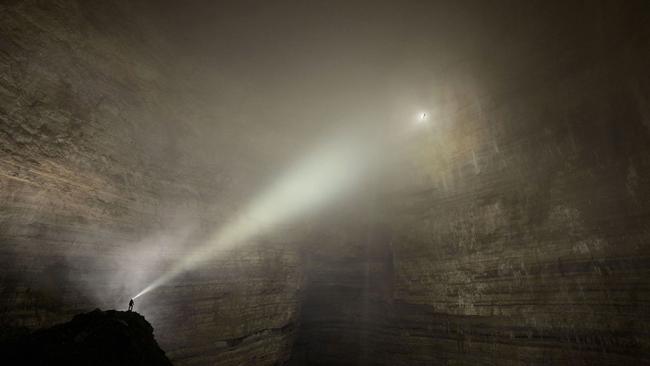 Click here for more from Weather.com
Back to C&B Notes