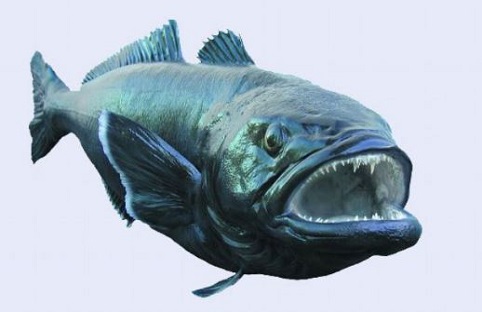 Until 1977, the name Chilean sea bass didn’t exist and few people ate the fish before the 1990s.  Prior to that, scientists knew the fish by the less mouth-watering name of Patagonian or Antarctic toothfish…  Far from unique, the story of the Chilean sea bass represents something of a formula in today’s climate of overfishing: choose a previously ignored fish, give it a more appealing name, and market it.  With a little luck, a fish once tossed back as bycatch will become part of trendy $50 dinners.

As populations of popular commercial fish dwindled, the seafood industry went further afield, although experts say operations now cover virtually every corner of the globe.  Manufacturers turned to bycatch and ignored fish like the blue grenadier to make fish sticks and filet-o-fish sandwiches.  Beyond fast food, sit-down restaurants, fish markets, and even sushi joints have taken to passing off ignoble fish as their more popular cousins.  One study found 20% of fish in America to be mislabeled.  The rate was 50% in California.  The seafood industry also tapped new fish to offset the decline in major commercial offerings.  The Washington Post writes, “As they went farther and deeper, fishermen have brought back fish that people didn’t have recipes — or even words — for.” So, the fish received new, more refined names.  In the seventies, seafood dealers renamed the slimehead, a fish named for its “distinctive mucus canals,” the “orange roughy.”  Sales of the goosefish — long thrown back by fishermen — skyrocketed in the 1980s and 1990s once rechristened the monkfish.  Rebranding sea urchins — once known by Maine lobstermen as “whore’s eggs” — under its Japanese name “uni” helped it catch on as a popular sushi ingredient now achieving popularity in other cuisine.

As recounted in Hooked: A True Story of Pirates, Poaching and the Perfect Fish, in 1977 an American fish merchant named Lee Lantz was scouring fishing boats in a Chilean port.  Lantz’s business was finding new types of fish to bring to market, and he became excited when he spotted a menacing looking, five-foot long toothfish that inspired him to ask, “That is one amazing-looking fish.  What the hell is it?”  The fishermen had not meant to catch the fish, which no one recognized.  But as the use of deep-water longlines became more common, toothfish, which dwell in deep waters, started appearing in markets.  Taking it for a type of bass, Lantz believed it would do well in America.  But when he tried a bite of the toothfish, fried up in oil, it disappointed.  It had almost no flavor.  Nevertheless, as G. Bruce Knecht, author of Hooked, writes:

[Lantz] still thought its attributes were a perfect match for the American market. It had a texture similar to Atlantic cod’s, the richness of tuna, the innocuous mild flavor of a flounder, and its fat content made it feel almost buttery in the mouth.  Mr. Lantz believed a white-fleshed fish that almost melted in your mouth — and a fish that did not taste “fishy” — could go a very long way with his customers at home.

But if the strength of the toothfish (a name Lantz didn’t even know — he learned that locals called it “cod of the deep”) was its ability to serve as a blank canvas for chefs, it needed a good name.  Lantz stuck with calling it a bass, since that would be familiar to Americans.  He rejected two of his early ideas for names, Pacific sea bass and South American sea bass, as too generic, according to Knecht.  He decided on Chilean sea bass, the specificity of which seemed more exclusive.

From there, Chilean sea bass quickly worked its way up the food chain.  Chinese restaurants purchased it as a cheap replacement for black cod (Chilean sea bass is, after all, a type of cod). Celebrity chefs embraced it, enjoying, as Knecht writes, its ability to “hold up to any method of cooking, accept any spice,” and never overcook.  The Four Seasons first served it in 1990; it was Bon Appetit’s dish of the year in 2001.

Click here for more from Priceonomics
Back to C&B Notes