How Complicated is Orange Juice? 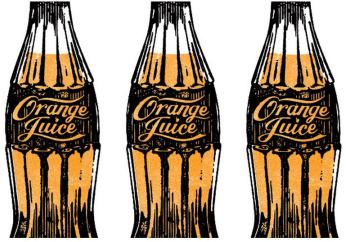 Coca-Cola goes to great lengths to standardize the taste and appearance of its orange (and other) juice products.  The company has a substantial lead in juice-related volume in the biggest world markets, and given the segment’s growth, the stakes are high to deliver a consistent product experience for consumers.

At the core of Coke’s plan in the U.S. is 100 percent not-from-concentrate OJ, for which consumers are willing to pay as much as a 25 percent premium.  Yet producing the beverage is far more complicated than bottling soft drinks.  Juice production is full of variables, from weather to regional consumer preference, and Coke is trying to manage each from grove to glass.  In bucolic Auburndale, an hour south of Disney World, Coke has spent $114 million in recent years expanding its premier U.S. juice bottling plant, which it claims is the world’s largest.  It’s here that Coke has perfected a top-secret methodology it calls Black Book to make sure consumers have consistent orange juice 12 months a year, even though the peak growing season lasts about three months. “We basically built a flight simulator for our juice business,” says Doug Bippert, Coke’s vice president of business acceleration.

Black Book isn’t really a secret formula.  It’s an algorithm.  Revenue Analytics consultant Bob Cross, architect of Coke’s juice model, also built the model Delta Air Lines (DAL) uses to maximize its revenue per mile flown.  Orange juice, says Cross, “is definitely one of the most complex applications of business analytics.  It requires analyzing up to 1 quintillion decision variables to consistently deliver the optimal blend, despite the whims of Mother Nature.”  The Black Book model includes detailed data about the myriad flavors — more than 600 in all — that make up an orange, and consumer preferences.  Those data are matched to a profile detailing acidity, sweetness, and other attributes of each batch of raw juice.  The algorithm then tells Coke how to blend batches to replicate a certain taste and consistency, right down to pulp content.  Another part of Black Book incorporates external factors such as weather patterns, expected crop yields, and cost pressures.  This helps Coke plan so that supplies will be on hand as far ahead as 15 months.  “If we have a hurricane or a freeze,” Bippert says, “we can quickly re-plan the business in 5 or 10 minutes just because we’ve mathematically modeled it.”