How Clear is Their Crystal Ball? 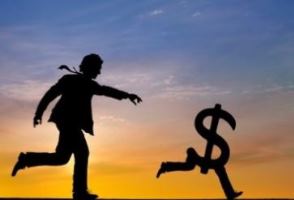 Investors are buying up newly issued bonds with 50-year terms at sub-5.0% rates.  We believe a common mistake among investors is an overconfidence about how long into the future they can reliably predict a typical company’s earnings, in the process underestimating the relentless competition inherent in capitalism.

Let’s hope today’s manufacturers and utilities will be around in 50 years to repay billions of dollars of debt, because they’re selling record amounts that won’t come due until then.  Companies from farming-chemicals manufacturer Monsanto Co. to Johnson Controls Inc. are issuing bonds they don’t have to pay back until at least 2064, with more than $33 billion of such sales this year, according to Dealogic data compiled by Canaccord Genuity Group Inc.  They’re taking advantage of investors eager for yield in a sixth year of unprecedented Federal Reserve stimulus to lock in historically low borrowing costs for half a century.