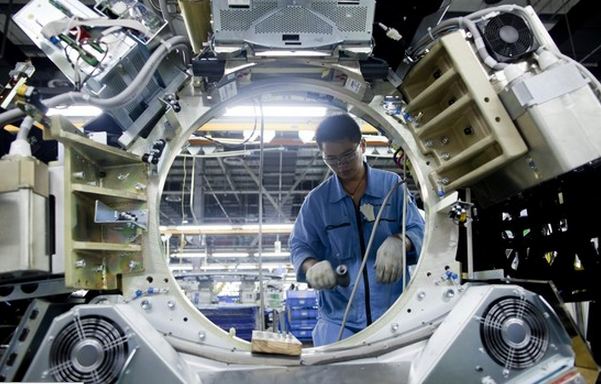 Although high deductible healthcare plans are certainly not without trade-offs, we believe that these plans are effective tools for combating escalating healthcare costs by directly linking consumers’ decisions to their pocketbooks.  GE finds itself in the unique position of being on both sides of these efforts to control costs and better align consumer incentives.

General Electric Co.’s $18 billion health-care business is being forced to navigate a slowdown in medical imaging — one that in some ways has been aggravated by GE itself.  GE put its 85,000 U.S. white-collar workers on a high-deductible health plan in an effort to stem the growth of its U.S. health bills, which are now running $2.5 billion a year.  In the first two years after the plan went into effect, use of advanced imaging including MRIs and CT scans has dropped by as much as a quarter, as covered employees’ overall use of health services fell, according to the company.  That is good news for GE proper, which last year expanded the plan to include its 45,000 hourly and union workers.  But it’s bad news for GE’s health-care business, which is one of the world’s biggest makers of MRI machines and CT scanners.

Proposals to move employees to health plans that make employees pay more out of pocket were hotly debated within GE, people familiar with the matter said.  Many GE divisions were eager to control their medical costs, but there were concerns about the impact on sales.  GE isn’t alone. A number of other giant employers, including J.P. Morgan Chase & Co. and Chrysler Group LLC, are adopting high-deductible health plans, pushing down the use of imaging by privately insured Americans.

In 2012, about 19% of covered workers were enrolled in plans that required families to pay more than $1,000 before insurance kicks in, up from 8% in 2009, according to Kaiser Family Foundation’s 2012 employer survey.  A 2011 RAND Corp. study showed that families that switched to high-deductible plans spent 14% less on health care than those on conventional plans.  Balancing concerns within GE about adopting high-deductible plans fell to Chief Executive Jeff Immelt, who has long considered GE’s health-care business “the natural hedge” — a source of revenue that grew at about the same rate as the company’s medical costs, offsetting several hundred million dollars of new spending.  Ultimately, GE put in place three different plan options for the half a million employees, dependents and retirees it covers, that offer various levels of coverage and deductibles ranging from $800 to $4,000.  The plans aim to deter spending by making employees more accountable for the cost of their care.  Among GE’s white-collar employees, for whom muscular-skeletal issues rank among the top health problems, imaging use fell between 20% and 25% from 2009 to 2011, said Ginny Proestakes, GE’s director of health benefits.