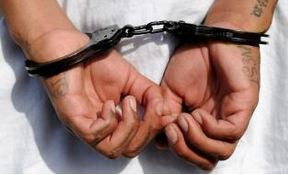 This hacking endeavor shows just how disruptive new technologies can be, especially in their unintended or unimagined uses during development.

High-tech criminals typically use their hacking skills to unlock information.  But in a presentation Friday at a New York hacker conference, a German security consultant showed how 21st-century technology can be used to unlock, well, locks.

Forbes’ Andy Greenberg reports that the security consultant, who goes by the name “Ray,” used a 3-D printer to cheaply produce plastic versions of the keys to high-security handcuffs manufactured by the English company Chubb and the German company Bonowi.  Ray’s plastic keys easily sprung open both firms’ cuffs.

Ray says his goal is not to undermine police, but to make them aware of their handcuffs’ vulnerabilities.  Police are supposed to monitor detainees even when they’re cuffed, but a false sense of security could lead them to ignore protocol.

This isn’t the only way that 3-D printing can come in handy for criminals.  Gangs have used the technology in the past to build better skimmers for ATM machines, and gun enthusiasts have printed rifle parts that would normally require a permit to buy.*

Reactionary security types will probably interpret these anecdotes as reason to regulate 3-D printers, but that would be premature.  New technologies don’t create the arms race between criminals and authorities — they just change the rules.

Click her for more from Slate.com
Back to C&B Notes