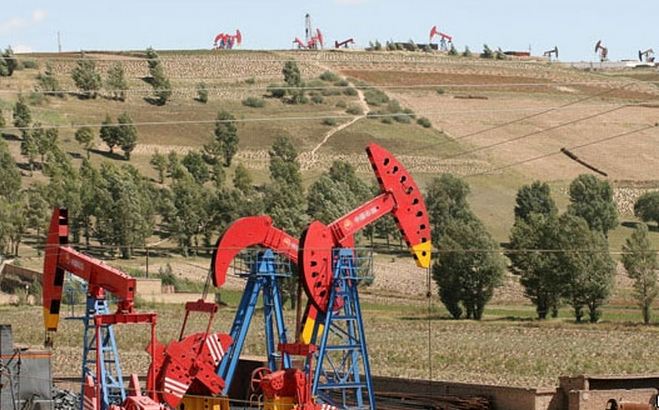 China continues to struggle with the tension between (a) the ruling party’s desire to protect property rights in order to promote economic growth, and (b) the desire of ruling party officials to take the wealth that is generated by entrepreneurial undertakings.  This fight over oil in northeast China is another entry in the history of this conflict:

In Jingbian the government appears to have fallen far short of its own insistence that it is committed to the rule of law and the protection of private property rights.  Instead the county has become an exemplar for the saying guojin mintui, shorthand for “the state advances, while the private sector retreats.”  The government argues that state-owned oil companies manage the wells more professionally, increasing output and drilling new wells with better regard for the environment than in the chaotic days of wildcatting.  (Former oil bosses say Yanchang actually drills more dry holes now, because company executives get a cut each time, something Yanchang denies.)  The authorities in neighboring Shanxi province used the same arguments in 2009, when they shut down the mines of coal bosses who had refused to sell out to state-owned companies at cut-rate prices.