Greece Plods On, But For How Long? 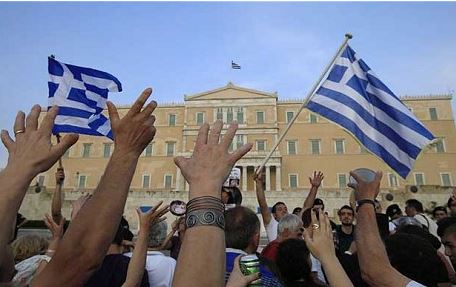 Greece and the associated internal tension within the Eurozone have largely faded from view since the height of the European debt crisis a few years ago, but the country has not solved any of its underlying problems.  Greece cannot collect its tax revenue, spends too much, and is over-levered.  This situation is ultimately untenable, but the status quo could continue for some time.

Less than a month before Samaras had hoped to lead Greece out of the bailout program that has ravaged the country for the past four years, the resistance to his policies is fueling doubts about whether he can stay the course.  While Syriza has pledged to stick with the euro, its plans to roll-back Samaras’s budget cuts evoke memories of the financial chaos that threatened to bust apart the currency union in 2012.  Greece’s benchmark stock index dropped 13 percent and the bond market signaled investors are concerned about short-term disruptions, as the yield on 3-year debt jumped 176 basis points to 8.23 percent, surpassing 10-year rates.  “It’s possibly a good decision, but in the end it’s in the hands of the decision makers in parliament and the population,”  German Finance Minister Wolfgang Schaeuble told reporters in Brussels. Greece’s reform program is “not yet over the hill,” he added. 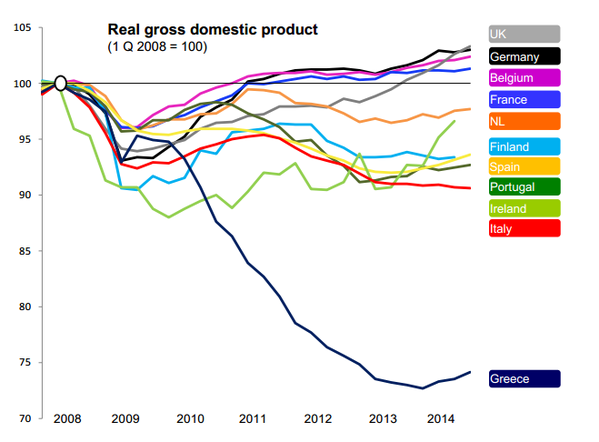