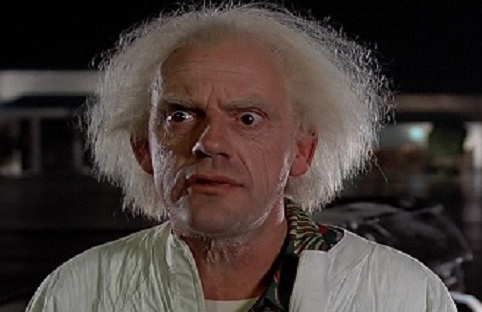 We use Google Maps and Google Earth to get a physical sense of a place from afar.  The ability to see how these places looked in the past is a useful new dimension for these tools.

Google has turned its Google Maps Street View into a time machine to let users travel back in time and see how places have changed.  The new feature will let users track changes in landscape, buildings, roads and entire neighborhoods from around the world since the Street View mapping program began in 2007.  Users can now click on a new clock icon that will appear in the corner of the screen when using Street View on Google Maps on a desktop or laptop computer, firing up scrollbar-controlled time machine, changing the year and even season of the area or building they are currently looking at to see how it has changed over time.  “If you’ve ever dreamt of being a time traveler like Doc Brown, now’s your chance,” said Google Street View product manager Vinay Shet in a blog post.  “We’ve gathered historical imagery from past Street View collections dating back to 2007 to create this digital time capsule of the world.”

“Now with Street View, you can see a landmark’s growth from the ground up, like the Freedom Tower in New York city or the 2014 World Cup stadium in Fortaleza, Brazil,” said Shet.  “This new feature can also serve as a digital timeline of recent history, like the reconstruction after the devastating 2011 earthquake and tsunami in Onagawa, Japan. You can even experience different seasons and see what it would be like to cruise Italian roadways in both summer and winter,” he said. 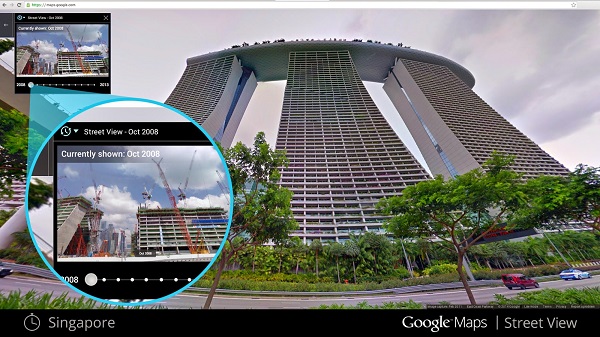