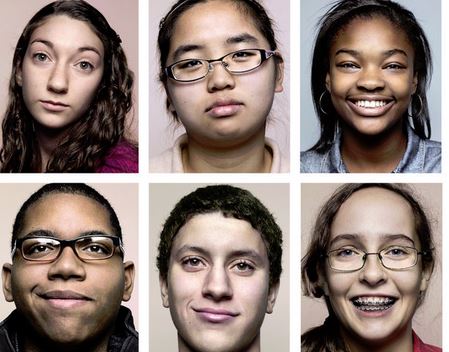 A Taiwanese study explores the biology of how people deal with stress, including the short- and long-term implications of these responses.  How do you feel just before taking an exam?

But some children actually do better under competitive, stressful circumstances.  Why can Jacob thrive under pressure, while it undoes Noah?  And how should that difference inform the way we think about high-stakes testing?  An emerging field of research — and a pioneering study from Taiwan — has begun to offer some clues.  Like any kind of human behavior, our response to competitive pressure is derived from a complex set of factors — how we were raised, our skills and experience, the hormones that we marinated in as fetuses.  There is also a genetic component: One particular gene, referred to as the COMT gene, could to a large degree explain why one child is more prone to be a worrier, while another may be unflappable, or in the memorable phrasing of David Goldman, a geneticist at the National Institutes of Health, more of a warrior.

Understanding their propensity to become stressed and how to deal with it can help children compete.  Stress turns out to be far more complicated than we’ve assumed, and far more under our control than we imagine.  Unlike long-term stress, short-term stress can actually help people perform, and viewing it that way changes its effect.  Even for those genetically predisposed to anxiety, the antidote isn’t necessarily less competition — it’s more competition.  It just needs to be the right kind.

The researchers were interested in a single gene, the COMT gene.  This gene carries the assembly code for an enzyme that clears dopamine from the prefrontal cortex.  That part of the brain is where we plan, make decisions, anticipate future consequences and resolve conflicts.  “Dopamine changes the firing rate of neurons, speeding up the brain like a turbocharger,” says Silvia Bunge, associate professor of psychology and neuroscience at the University of California, Berkeley.  Our brains work best when dopamine is maintained at an optimal level.  You don’t want too much, or too little.  By removing dopamine, the COMT enzyme helps regulate neural activity and maintain mental function.

Here’s the thing: There are two variants of the gene.  One variant builds enzymes that slowly remove dopamine.  The other variant builds enzymes that rapidly clear dopamine — and researchers have consistently found that, under normal conditions, those with slow-acting enzymes have a cognitive advantage.  They have superior executive function and all it entails: they can reason, solve problems, orchestrate complex thought and better foresee consequences.  They can concentrate better. This advantage appears to increase with the number of years of education.  The brains of the people with the other variant, meanwhile, are comparatively lackadaisical.   The fast-acting enzymes remove too much dopamine, so the overall level is too low.   The prefrontal cortex simply doesn’t work as well.

On that score alone, having slow-acting enzymes sounds better.  There seems to be a trade-off, however, to these slow enzymes, one triggered by stress.  In the absence of stress, there is a cognitive advantage.  But when under stress, the advantage goes away and in fact reverses itself.

“Stress floods the prefrontal cortex with dopamine,” says Adele Diamond, professor of developmental cognitive neuroscience at the University of British Columbia.  A little booster hit of dopamine is normally a good thing, but the big surge brought on by stress is too much for people with the slow-acting enzyme, which can’t remove the dopamine fast enough.  “Much like flooding a car engine with too much gasoline, prefrontal-cortex function melts down,” Diamond says.