Getting to Launch Position 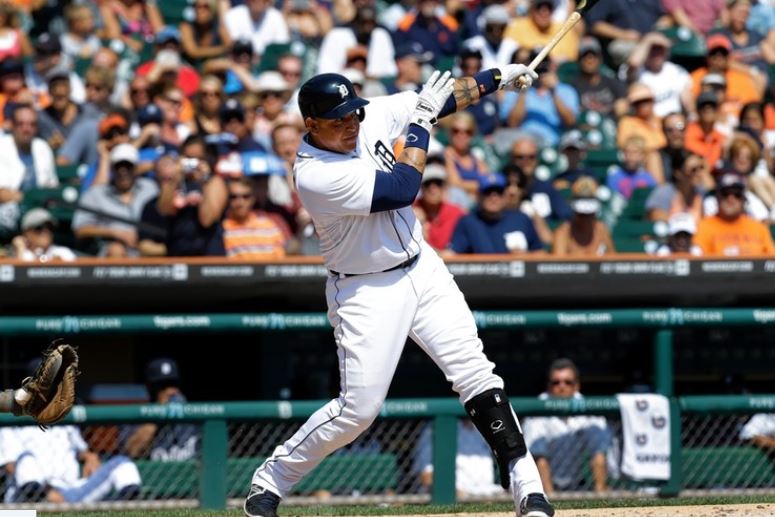 Widely considered the best hitter in baseball, Miguel Cabrera has a non-conventional approach at the plate.  His swing ‘preparation’ can vary from at-bat to at-bat, or even pitch to pitch, but his launch position — the moment before his bat starts moving forward — is nearly identical (and optimal, according to swing analysts) every swing.

“He can go to the plate and show four different stances in the same at bat,” said Tigers batting coach Lloyd McClendon. “He can stride, do the leg kick, do the no-stride swing, and even stand real tall, straight up, while putting his hands low or holding them high.” McClendon said he tells young players “to emulate his work habits and his dedication to the game, but not so much the way he goes about doing it.”

Cabrera’s ever-changing stances have spotlighted a school of hitting that ignores nearly everything but one instant during the swing.  Hitting gurus call it the “launch position,” the body’s position in that millisecond just before the bat begins to move forward.  They say nothing else that happens before the swing matters.  Hitters can perform a tap dance in the batter’s box if they want as long as they get to the launch position in time.  “It doesn’t matter as long as he has generated energy and hasn’t started his swing,” said Don Slaught, the former major leaguer and Tigers batting coach who is now one of the cutting edge gurus of swing mechanics.  His company, Rightview Pro, sells a state-of-the-art video analysis program used by hundreds of top high school, college and club baseball teams.  “Most guys spend a lifetime trying to find one way to get to that perfect position consistently.  Cabrera has mastered at least two ways of getting there.  That’s unique.”

During the past decade, advanced video analysis and computer graphics have brought a far more empirical approach. Biomechanists, who analyze biological issues using principles of mechanics, physicists and the most tech-savvy batting coaches are beginning truly to understand the mechanics of the optimal batting swing.  Glenn Fleisig, a biomechanist with the Alabama Sports Medicine Institute, has conducted a series of experiments on what happens to the bat and the body as they go through the swing motion.  According to Fleisig, hitters generate the bulk of their power from pushing off the ground.  Pitchers generate substantial power from rotating their trunks, with the bulk of rotation occurring before the pitch is thrown.  In hitting, most of the twist happens after the bat makes contact with the ball.

Others have suggested we won’t understand the best approach to hitting a baseball until we change how we evaluate hitters.  In August, Alan Nathan, a physicist at the University of Illinois, presented a paper at a conference on scouting and the science of baseball at Boston University in which he argued the sport needs to shift its emphasis from outcomes, such as base hits, home runs and runs batted in, to the characteristics of the balls that the best hitters hit, namely their speed, spin and trajectory.  Scientists have only recently gained the ability to measure these effectively.  For example, according to Nathan’s research, approximately 80% of all balls hit with a trajectory of 10-15 degrees become hits.  Long home runs need to leave the bat at a trajectory of about 25-35 degrees.  Backspin does aid distance, but measuring spin remains difficult.