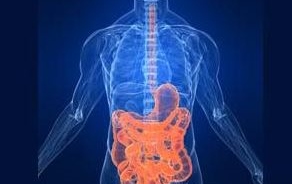 A team of Japanese researchers has recently published a paper suggesting that the microbiomes of obese people promote cancer, specifically of the liver.

But researchers should, Dr. Yoshimoto believes, be at least as interested in the cells of the microbiome, the collection of 100 trillion bacteria that live in the gut.  Mostly, the microbiome is beneficial. It helps with digestion and enables people to extract a lot more calories from their food than would otherwise be possible.  Research over the past few years, however, has implicated it in diseases from atherosclerosis to asthma to autism.  Dr Yoshimoto and his colleagues would like to add liver cancer to that list.  Their paper making this accusation is published in this week’s Nature, and it is a careful, step-by-step analysis of the matter.  They start from the facts that fat animals (people included) have different gut bacteria from thin ones; that some bacteria produce inflammatory molecules as part of their metabolism; and that inflammation promotes cancer…

They began their experiments by feeding laboratory mice a fatty diet, to make them obese.  Such mice, they found, are no more likely to develop cancer than those fed an abstemious diet.  Obesity alone, then, does not seem to cause tumors.  But it might still promote them.  Their next experiment therefore started by giving the mice a carcinogen known to trigger tumor formation throughout the body.  One group was then fed standard fare while another got the high-fat diet.  After 30 weeks, just 5% of the slim group had developed tumors, not in the liver but in the lungs.  In the obese group, every animal had developed liver cancer.  To understand how this happened, the researchers began with the tumors and worked backwards.  First, they found that the cancerous liver cells in their mice were generally accompanied by cells that had the symptoms of old age (they had, for example, stopped replicating).  Such cells also emit chemical signals which promote inflammation, and thus encourage tumors.  The researchers suspected that these cells were being made senescent by something produced by gut bacteria.  That suspicion was confirmed when they served some of their mice a cocktail of four antibiotics, to prune the animals’ microbiomes.  This treatment lowered the number of senescent and cancerous cells, suggesting the microbes were indeed to blame for promoting cancer.