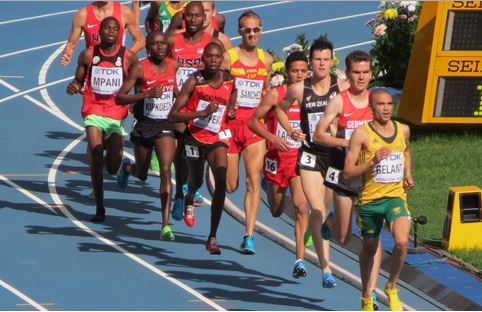 A common human psychological tendency is the desire to extrapolate broad, wider-ranging narratives from personal experiences, even though these occurrences are anecdotal.  Alternatively, frameworks built from larger sample size observations are useful to help better understand the world, but one must be careful of the limitations inherent in applying a general rule to a specific case.   In a recent interview in Outside, David Epstein explores both of these ideas through the lens of genetics and the nature vs. nature debate for elite sports competitors.

It seems like the problems come when we graft narrative onto a subject we don’t fully understand, but want to delude ourselves into thinking we do.

That definitely happens.  We fit narrative to what we can see.  We can’t see our genes.  we can see are the things we can come up with so we fit narratives whether we can see all the evidence or not.  For my training partner at Columbia and me, I now know that I have genes that make me a higher responder to training.  I could see that my teammate — who unlike me was pegged as naturally talented — would start the season in way better shape, but with training I would surpass him.  People would tell me how tough I am.  And he was told he had a lot of talent, but had psychological problems or something.  No, we were doing the exact same training.  But you fit a narrative to what you can see.  There’s this twins study I found where two twins were separated at birth and found out about each other as adults and they were both obsessive about being neat and clean.  One of them said in an interview that his adoptive mother was really neat, so he learned from her.  The other said his adoptive mother was a slob and he never wanted to be like her.  Ok, so maybe it’s actually that there’s a genetic inclination to behave that way and they fit it to a narrative that works that way, and it happens a lot in sports.

The popular narrative you found while researching the book was the 10,000-hour rule made famous by Malcolm Gladwell’s book Outliers…

…And people would call it “Gladwell’s 10,000 hours” as if he had done the research for it.  It started to bug me.  People were using it just to mean that practice was important, that’s it.  That’s not what the theory says.  The researcher behind it, Anders Ericsson, has said that he thinks all people have the necessary genes to be elite performers.  Just saying that practice is important is totally uncontroversial.  From a scientific standpoint it’s useless.  Scientists have to say how important it is, what else is important?  I found it to be troubling from a scientific standpoint and the more I evaluated it, the more it seemed to unravel…

…The 10,000 hours is an average of differences.  You could have two people in any endeavor and one person took 0 hours and another took 20,000 hours, which is something like what happened with two high jumpers I discuss in the book.  One guy put in 20,000 and one put in 0, so there’s your average of 10,000 hours, but that tells you nothing about an individual.

Tracking chess masters helped you dismantle the rule, because it wasn’t so restrictive in its sample size, right?

Even with chess masters you’re talking about a population that’s pretty trained.  So you’re still eliminating a large swath of humanity before you even start.  Researchers found it takes 11,053 hours on average to achieve international master status.  But the range there is what’s important.  One guy takes 3,000 hours to become a master and another takes 25,000 and he’s still not there.  So you can average those and come up with some rule, but it doesn’t tell you anything… Beyond the chess players, genetics is continually finding now that one person’s hour of practice isn’t as good as the next person’s hour.  Talent isn’t something preceding you trying something, but your biological setup that allows you to benefit more than the next guy.

Click here for more from Outside
Back to C&B Notes