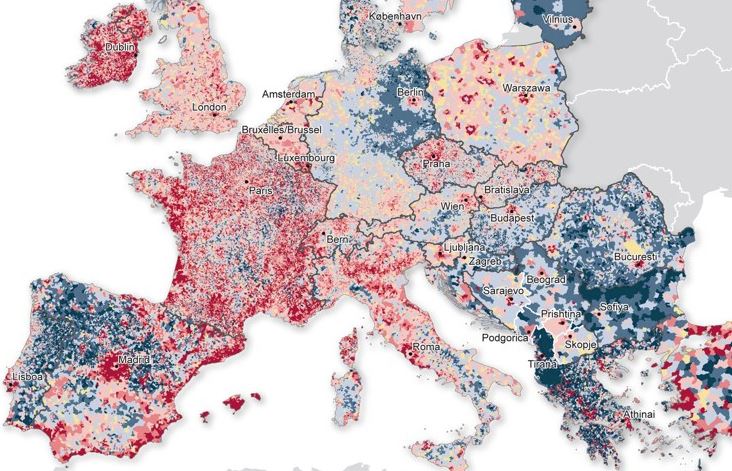 A new map created by Germany’s BBSR shows in greater detail than has been previously available the population shifts impacting Europe.

The BBSR collected data between 2001 and 2011.  While that might sound slightly outdated, these are actually the most up-to-date figures Europe has to offer, as 2011 is the most recent year for which comprehensive population data is available for the whole of Europe.  According to its makers, the map provides a level of detail previously unavailable, as it is the first ever to collect data published by all of Europe’s municipalities.  The results are impressively comprehensive and reveal a few surprises…. 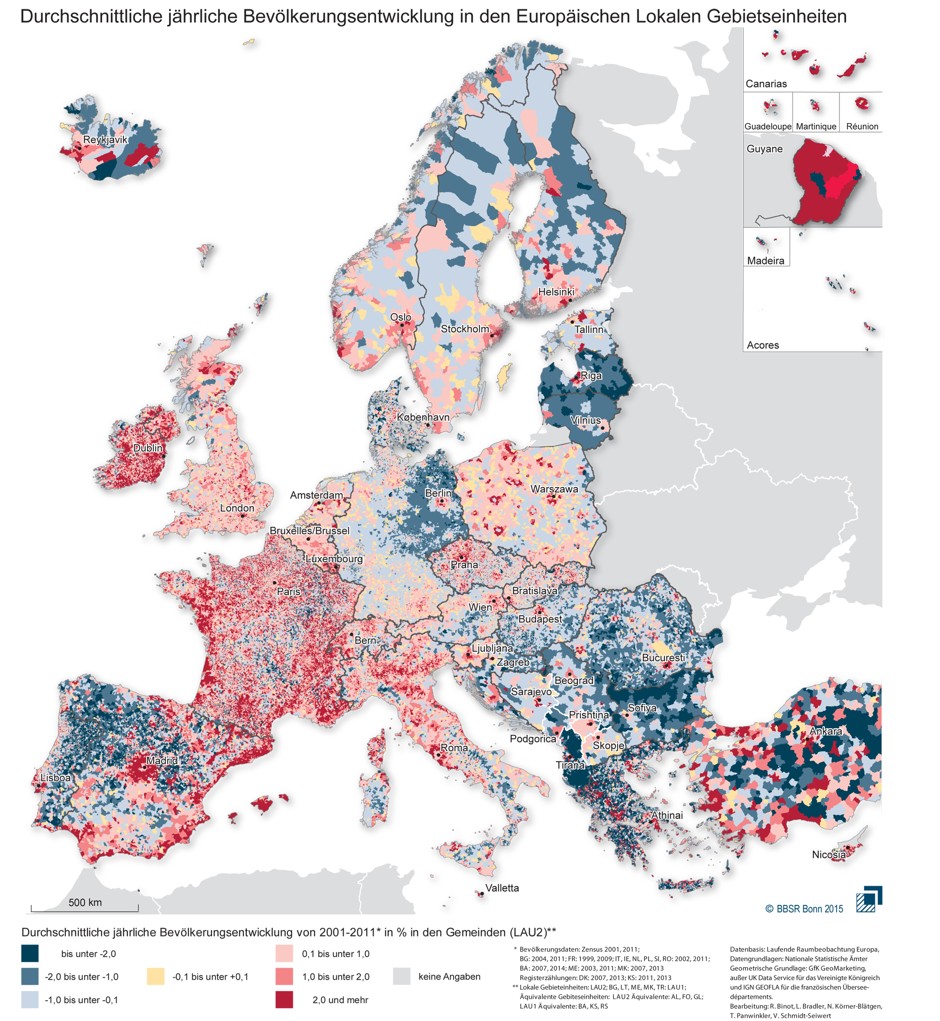 …Look at the Eastern section of the map and you’ll see that many cities, including Prague, Bucharest, and the Polish cities of Poznań and Wrocław, are ringed with a deep red circle that shows a particularly high rise in average annual population of 2 percent or more.  As this paper from Krakow’s Jagiellonian University’s Institute of Geography notes, Eastern cities began to spread out in the new millennium because it was their first chance to do so in decades.

…We already know from other available data that Europe is experiencing a migration to the northwest, but the BBSR map adds complexity to this picture and reveals some interesting micro-trends.  The dark blue coloring of the map’s Eastern section shows that the lean years for Eastern states are by no means over.  Residents have continued to leave Albania, Bulgaria and Latvia in particular in search of jobs, while even relatively wealthy eastern Germany has been hollowed out almost everywhere except the Berlin region.  Population growth in the Northwest, meanwhile, is far from even.  While large sections of Northern Scandinavia’s inland are losing people, there’s still modest growth on the Arctic coasts.  And while the Scottish Highlands contain some the least peopled lands in all of Europe, Scotland’s Northeast shows remarkable population gains, a likely result of the North Sea oil industry concentrated in Aberdeen.

Click here for more from CityLab
Back to C&B Notes