Estonia as a Case Study 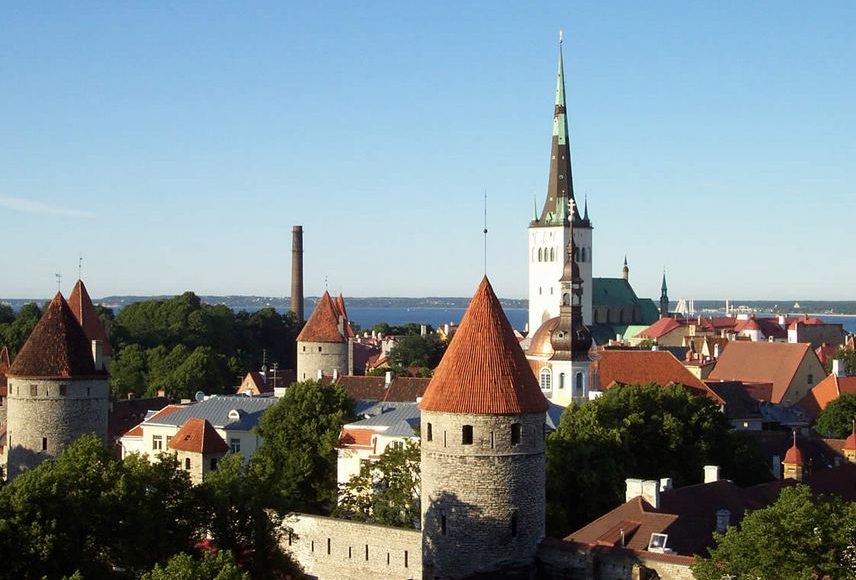 Richard was in Estonia earlier this summer as part of a multi-week Eastern European research trip and had the chance to see the country’s economic growth first-hand.  This outcome is in stark contrast to what he saw while he was in Greece over the last few weeks.  The macro approaches — and outcomes — are markedly different.

In May 2009, months after the passage of a $787 billion stimulus package in the U.S., Estonia’s government took the opposite tack: the hard line.  It did not dip into the country’s reserves or borrow money.  Ministers say they never even considered devaluing what was then Estonia’s currency, the kroon, which would have derailed a 10- year plan to adopt the euro.

To maintain the country’s balanced budget, a tradition it had honored since the end of the Soviet occupation, Estonia’s government froze pensions, lowered state salaries by about 10 percent, and raised the value-added tax by 2 percent, Bloomberg Businessweek reports in its July 23 issue.  Gross domestic product dropped more than 14 percent that year.  At Estanc AS, which makes high-pressure steel containers at a plant outside of Tallinn, profits stagnated.  The company postponed plans to double floor space at the factory.  Unemployment in Estonia got as high as 16 percent, and many of the country’s welders took the ferry ride across the Gulf of Finland to Helsinki to look for work.  Vaido Palmik, the plant’s managing director, had friends lose their jobs during the crash.  “It was a very hard time,” he says.

The welders are back now.  In 2010, Estonia’s GDP grew by 2.3 percent.  At the end of that year, the country adopted the euro.  Last year, GDP grew by 7.5 percent.  Estanc has increased its head count by more than a third in 2012.  Palmik sells to Finland and Sweden; he wants to break into the German market and has moved forward with plans for expansion.

Estonia’s unemployment is down to 10.8 percent — not ideal, but less than half that of Spain, and enough to get both the country’s president and its ruling coalition reelected in 2011.  Last November, the International Monetary Fund praised the country’s export-led recovery and “enviable fiscal position.”  Economists don’t get controlled experiments, so they have to take countries as they are.  Right now, Estonia seems to show that monetary and fiscal restraint can, after pain, create growth.  “If you look back, the crash is very good,” says Palmik.

Not surprisingly, Estonia, a country with 1.2 million people, has been offered as a model by advocates of austerity in Europe and elsewhere.  On the far side of the Atlantic, however, Nobel prize-winning economist and New York Times columnist Paul Krugman has been arguing for years against this kind of restraint, saying it leads to pointless misery.  The argument is central to the future of the U.S. — and most other countries, too

On the World Bank’s Ease of Doing Business Index, it ranks 24th out of 183.  Estonia speaks a language close to Finnish, and its strongest trade ties are with Finland and Sweden.  At the Kadriorg, Ilves produces a colored map ranking the most competitive economies in the European Union.  Estonia sits in the second tier, behind the Nordic countries, grouped with Germany and the United Kingdom.

But Estonians suspect that foreigners can’t be bothered to understand them.  Ministers complain that, for all their hard work, the country still gets placed in a catchall folder labeled “East” or even worse, “rim.”  The crisis has left Estonians, once again, defensive about making sure they make it into the right folder.

Ilves divides Europe into countries that follow the rules and countries that don’t.  And he has started worrying about a new kind of populism in Europe: people who play by the rules and are unwilling to help those who didn’t.  Ilves points to Finland, where the True Finns party has won votes by rejecting bailouts, and to Slovakia, where the prime minister lost a confidence vote last year for her support of Europe’s bailout fund.

Estonians, in their own eyes, have always followed the rules, and in 2009 took their lumps to do so.  Ilves says Estonia’s average salary is 10 percent below the minimum salary in Greece.  He says pensions are also much lower, and civil servants retire 15 years later.  “You can imagine why there might be some frustration,” Ilves says.