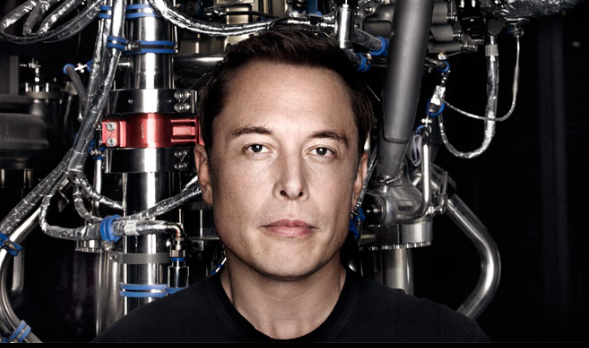 Elon Musk, using the fortune he made from Zip2 and Pay Pal, has decided to challenge and hopefully reinvent a surprisingly tradition-bound industry:  spaceflight.  His goal is multi-planetary travel and a greenhouse on Mars.

Musk: We needed to set rocket technology on a path of rapid improvement. In the course of trying to put together Mars Oasis, I had talked to a number of people in the space industry and got a sense of who was technically astute and who wasn’t.  So I put together a team, and over a series of Saturdays I had them do a feasibility study about building rockets more efficiently.  It became clear that there wasn’t anything to prevent us from doing it.  Rocket technology had not materially improved since the ’60s — arguably it had gone backward!  We decided to reverse that trend.

Anderson: And you have reversed it.

Musk: Six years after we started the company, we launched our first rocket, Falcon 1, into orbit in 2008.  And the price — not the cost, mind you, but the total price to customers per launch — was roughly $7 million.

Anderson: How did you get the price so low?

Musk: I tend to approach things from a physics framework.  And physics teaches you to reason from first principles rather than by analogy.  So I said, OK, let’s look at the first principles.  What is a rocket made of? Aerospace-grade aluminum alloys, plus some titanium, copper, and carbon fiber.  And then I asked, what is the value of those materials on the commodity market?  It turned out that the materials cost of a rocket was around 2 percent of the typical price — which is a crazy ratio for a large mechanical product.

Anderson: How does that compare to, say, cars?

Musk: Right.  So, I thought, we should be able to make a much cheaper rocket given those materials costs.  There must be some pretty silly things going on in the market.  And there are!

Musk: One is the incredible aversion to risk within big aerospace firms.  Even if better technology is available, they’re still using legacy components, often ones that were developed in the 1960s.

Anderson: I’ve heard that the attitude is essentially that you can’t fly a component that hasn’t already flown.

Musk: Right, which is obviously a catch-22, right?  There should be a Groucho Marx joke about that.  So, yeah, there’s a tremendous bias against taking risks…  The results are pretty crazy.  One of our competitors, Orbital Sciences, has a contract to resupply the International Space Station, and their rocket honestly sounds like the punch line to a joke.  It uses Russian rocket engines that were made in the ’60s.  I don’t mean their design is from the ’60s — I mean they start with engines that were literally made in the ’60s and, like, packed away in Siberia somewhere.

Anderson: Where else are there inefficiencies?

Anderson: Is that just a function of bureaucracy?

Musk: In many cases the biggest customer has been the government, and the government contracts have been what they call cost-plus: The company gets a built-in profit level no matter how wasteful its execution.  There’s actually an incentive for it to make everything as expensive as it can possibly justify.

Anderson: That sort of bureaucracy must also play into the bidding process.

Musk: It’s infuriating.  The Pentagon’s preferred approach is to do long-term, “sole-source” contracts — which means to lock up the entire business for one company!  We’ve been trying to bid on the primary Air Force launch contract, but it’s nearly impossible, because United Launch Alliance, co-owned by Boeing and Lockheed Martin, currently has an exclusive contract with the Air Force for satellite launch.  It’s totally inappropriate.

Musk: Even though we would save the taxpayers at least a billion dollars a year — and that’s a conservative estimate.

Anderson: It sounds like your value proposition is not to outperform your competition — instead, you compete on price.

Musk: Look, speed for a rocket is always going to be roughly the same.  The convenience and comfort is going to be about the same.  Reliability has to be at least as good as what’s been done before — otherwise people won’t use your rockets to launch multi-hundred-million-dollar satellites — but there’s not going to be much improvement there.  So you’re really left with one key parameter against which technology improvements must be judged, and that’s cost.

Anderson: So — how do you do it?  What’s your process?

Musk: Now I have to tell you something, and I mean this in the best and most inoffensive way possible: I don’t believe in process.  In fact, when I interview a potential employee and he or she says that “it’s all about the process,” I see that as a bad sign.

Musk: The problem is that at a lot of big companies, process becomes a substitute for thinking.  You’re encouraged to behave like a little gear in a complex machine.  Frankly, it allows you to keep people who aren’t that smart, who aren’t that creative.