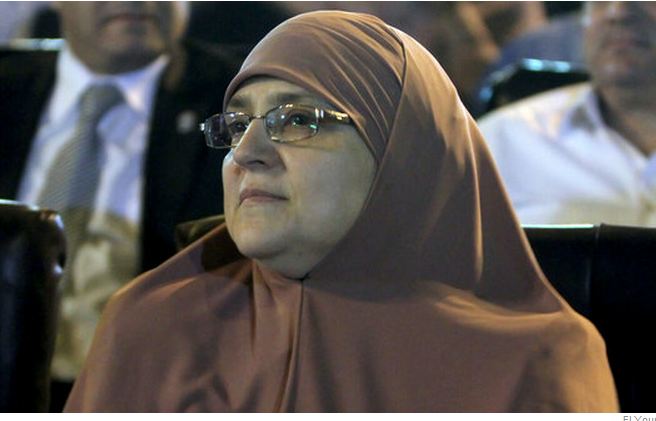 If the Arab Spring ultimately results in a state like Turkey where the military effectively guarantees constitutional freedom, Egypt could thrive and be a great place for investors.  The outcome remains unsettled, and this anecdote speaks to the difference of opinions within Egypt about free expression.

With her image as a traditionalist everywoman, Ms. Mahmoud has come to symbolize the dividing line in the culture war that has made unity an elusive goal since the ouster of Hosni Mubarak.  For some, she represents the democratic change that the revolution promised.  She is a woman in the presidential palace who looks and lives like their sisters and mothers.

But to some in the westernized elite, she stands for a backwardness and provincialism that they fear from the Islamists of the Muslim Brotherhood.

Ms. Mahmoud, for her part, said she knew it would not be easy to be the wife of the first Islamist head of state, as she told the newspaper of the Muslim Brotherhood, the 84-year-old Islamist movement.  If she tries to play an active role, she risks comparisons with Mrs. Mubarak, who was widely despised for her supposed influence behind the scenes.  But if Ms. Mahmoud disappears, she said, “They will say that Mohamed Morsi is hiding his wife because this is how Islamists think.”