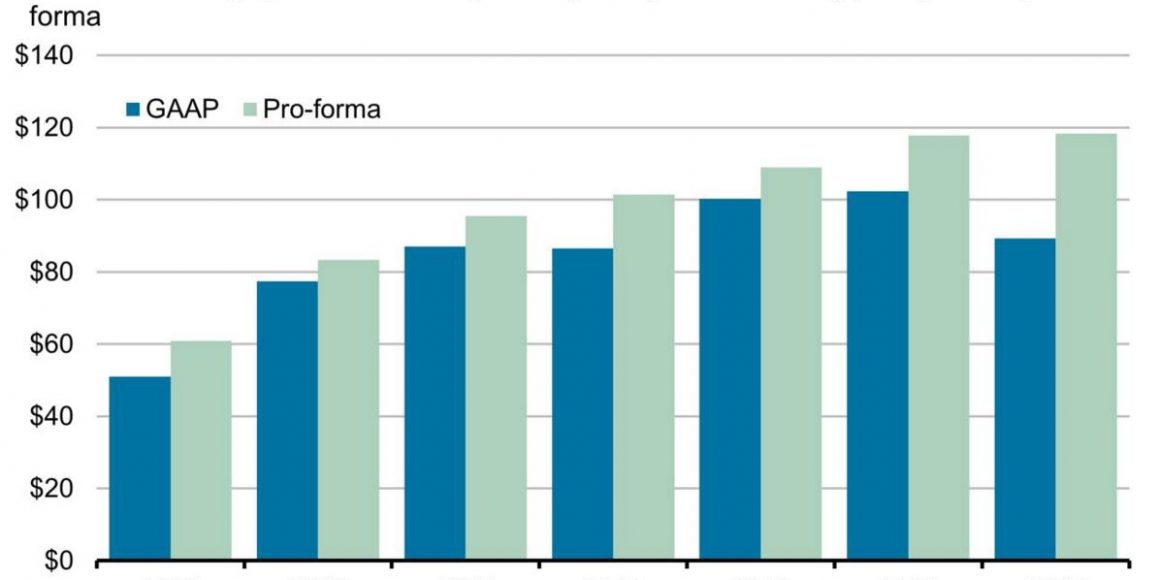 The persistent usage of pro forma or adjusted earnings in disclosures to owners is a strong indication and an unflattering sign of a management team who cares about the shorter-term performance of its stock price more than the underlying economic moat of the business.  GAAP is not perfect, but it is a much better indication of earnings quality than “earnings before bad stuff.”  GAAP (and IFRS) also allow an “apples to apples” comparison between companies that proforma results obscure.

There’s a big difference between companies’ advertised performance in 2015 and how they actually did.  How big?  With most calendar-year results now in, FactSet estimates companies in the S&P 500 earned 0.4% more per share in 2015 than the year before.  That marks the weakest growth since 2009.  But this is based on so-called pro forma figures, results provided by companies that exclude certain items such as restructuring charges or stock-based compensation.  Look to results reported under generally accepted accounting principles and S&P earnings per share fell by 12.7%, according to S&P Dow Jones Indices.  That is the sharpest decline since the financial crisis year of 2008.  Plus, the reported earnings were 25% lower than the pro forma figures — the widest difference since 2008 when companies took a record amount of charges.

The implication: Even after a brutal start to 2016, stocks may still be more expensive than they seem.  Even worse, investors may be paying for earnings and growth that aren’t anywhere near what they think.  The result could be that share prices have even further to fall before they entice true value investors.  The difference shows up starkly when looking at price/earnings ratios.  On a pro forma basis, the S&P trades at less than 17 times 2015 earnings.  But that shoots up to over 21 times under GAAP. 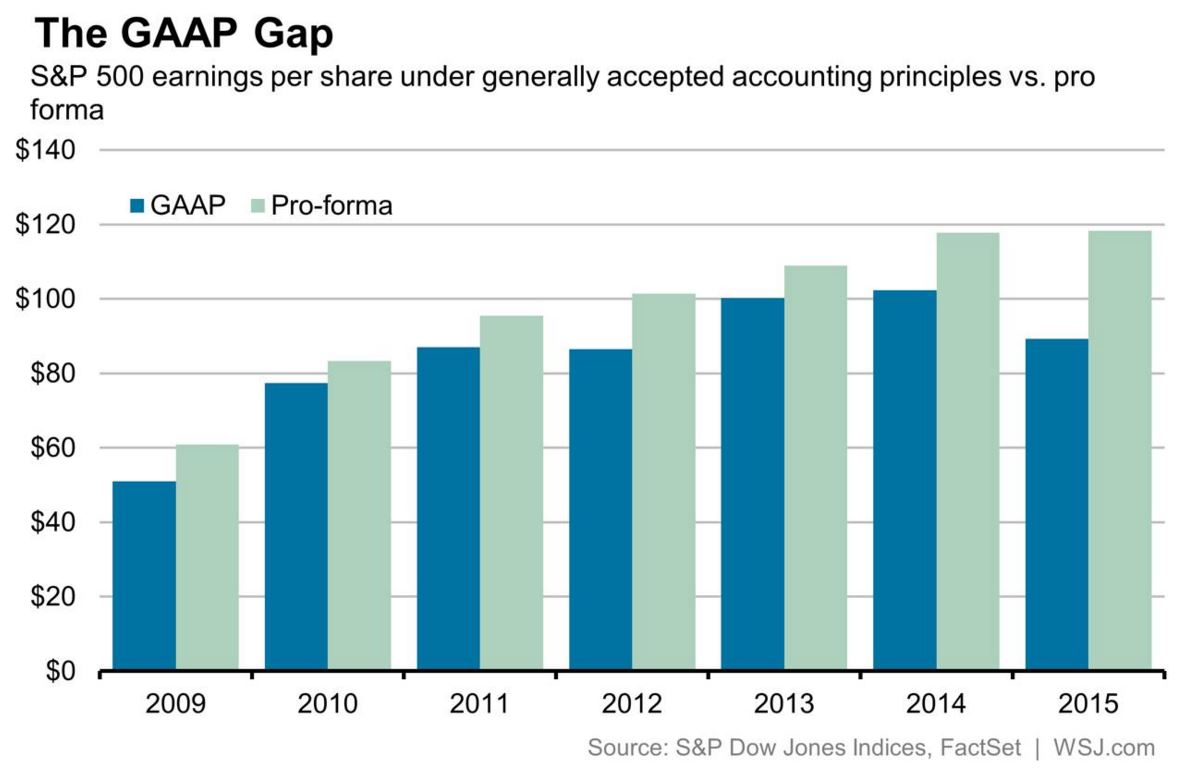