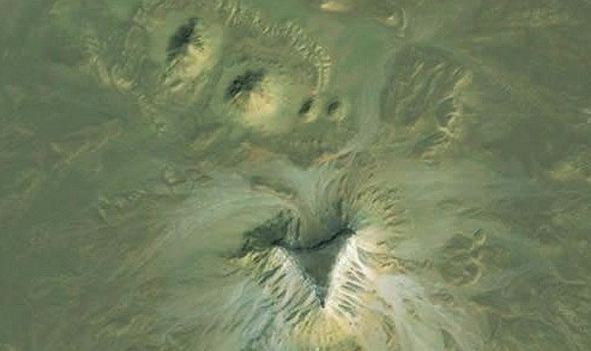 This is an unexpected result of perusing Google Earth: discovering ancient pyramids in Egypt.  An important idea for investors to consider is what activities can be done with crowd/open sourcing and what activities cannot.  We try to imagine all potential competitors when evaluating a business.

The sites have been documented and discovered by satellite archaeology researcher Angela Micol of Maiden, North Carolina.  Angela has been conducting satellite archaeology research for over ten years, searching for ancient sites from space using satellite imagery.  Angela is a UNC Charlotte alumni and has studied archaeology since childhood.  Google Earth has allowed her to document many possible archaeological sites, including a potential underwater city off the coast of the Yucatan peninsula that has sparked the interest of scientists, researchers and archaeologists.  Angela has been assisted by Don J. Long and Bill Donato.

The Egyptian sites have been sent to Egyptologists and researchers for further investigation and “ground truthing”.  Angela has stated, “The images speak for themselves.  It’s very obvious what the sites may contain but field research is needed to verify they are, in fact, pyramids and evidence should be gathered to determine their origins.  It is my hunch there is much more to these sites and with the use of Infrared imagery, we can see the extent of the proposed complexes in greater detail.”  This is just one site of many Angela has identified that may contain ancient ruins.  “My dream is to work with archaeologists to release sites that I have identified over the past ten years of research.  This research is the frontier of discovery and it’s just beginning to advance views of our ancient past,” states Angela.  Many of the documented areas will remain undisclosed until proper officials are notified and the sites can be protected.