Directly From the Source 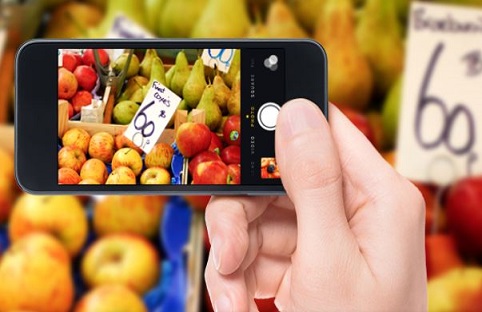 Inflation data from official sources around the globe are generally delayed, scrubbed, normalized, or otherwise adjusted in ways that can make them less useful.  Several private enterprises have been working to address these issues, and a start-up named Premise Data is taking a new approach to data sourcing and reporting.  In addition to collecting data from Internet sites, the company is deploying information gatherers across the world to report directly from store shelves (and share pictures, too).

Premise has deployed 700 smartphone-equipped workers across 25 cities to capture images of products as their prices change daily.  Software automatically tags the location of the products down to the individual store and analyzes the images — items such as meat and produce — to gauge quality differences.  A user viewing the information can zoom in on images of the products at each retail location, making it a store-shelf version of Google Street View.  Premise’s computers also scroll through websites to automatically grab prices from Internet stores, a process that still provides about 80% of the data the firm uses to create real-time inflation gauges.  In contrast, the Labor Department collects price data by dispatching its staff to collect product prices once a month. The information is then compiled into a monthly inflation report.

Even when the government is open and operating, getting an up-to-date read on an economy’s performance can be perplexing.  Reports on inflation, employment and consumer spending — generally based on monthly snapshots are released with a lag of weeks or months, and they can be revised months later.  The shortcomings create problems for investors and policy makers, who have to act in real time even if the economy is changing faster than existing methods can measure.

“There’s still a Cold War element to our statistics,” said Alan Krueger, a Princeton University professor and former top White House economist, who signed on as a Premise adviser two weeks ago.  “We’re kind of in a holding pattern.  In many situations I found myself wishing we had more current data and broader data.  “For all  struggles companies and policy makers face parsing U.S. economic data, the challenges in many other economies — including questionable data quality and gaps in the figures — are much greater…

Mr. Soloff credits PriceStats for its original breakthroughs in the field.

He said Premise’s goal is to provide even deeper information — down to the product level rather than just categories of products — and provide the technology platform for a wide range of other economic indicators beyond inflation.  Still, building accurate and reliable indicators will face numerous pitfalls. Economists have struggled for decades with sampling errors in traditional economic reports.  A crowd-sourced approach, using people with limited training, could take years of work to filter out noise in the system.  Premise’s own price-collectors are part-timers working a few hours a day, earning 10 cents to 30 cents per image captured.