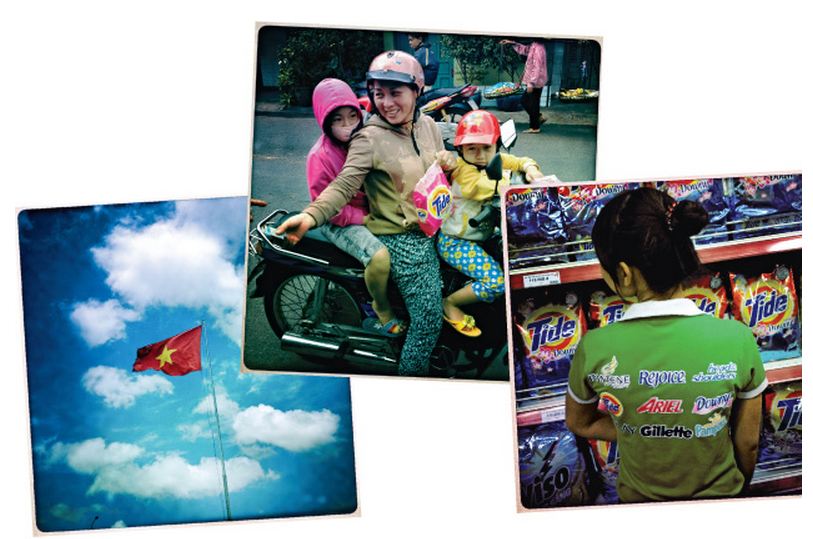 Multinationals are competing hard to capture young customers in emerging markets that have the demographics to support attractive longer-term growth.  These companies continue to explore the most effective ways to package and distribute their products to meet these customers’ particular cultural/usage needs: 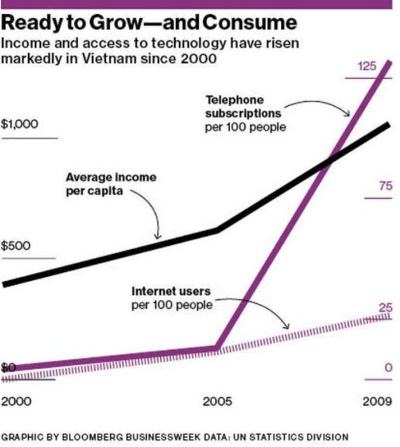 P&G is keen to hook customers while they’re young, a no-brainer in a country where 45 percent of the population is under 25.  Once in the P&G fold, customers can be introduced to an expanding range of products as they grow older — and more prosperous.  While Vietnam’s economy, the world’s 57th largest, according to the World Bank, has cooled in recent months because of inflation, slower labor growth, and currency devaluations, per capita income grew more than fivefold from $220 in 1994 to $1,168 in 2010, according to the U.S. Department of State.

Better yet, the country’s 90 million people increasingly are eager to buy Western brands they deem superior to many local and regional products.  And marketing executives say Vietnamese are more aspirational than consumers with comparable incomes in other developing nations.

The company advertises heavily on television, the most influential medium in the country.  And last year its representatives cruised the country in a brightly colored van — displaying the logos of P&G’s Rejoice hair-care, Olay skin-care, and Gillette shaving brands — to find contestants for the inaugural season of Vietnam’s Got Talent, for which P&G is the sole sponsor.  P&G even operates a boat in the Mekong Delta region to reach rural households living on the water — selling inexpensive one-use packets of products like Downy Single Rinse for soaking clothes.

The company’s legendary marketing studies of its customers — it conducted more than 100 home visits in Vietnam last year — have uncovered new uses for some brands.  Consider Ambi Pur, the deodorizer sold as Febreze in the U.S. and often used on upholstered furniture.  P&G realized it might appeal to Vietnamese who ride motorbikes, the country’s primary form of transportation, after the government passed a law five years ago requiring the use of helmets.  In a country with a humid subtropical climate, P&G this spring set up “spray stations” in front of shopping centers to demonstrate Ambi Pur’s fumigating properties.  Consumers of all income levels are deodorizing their helmets with Ambi Pur, now one of P&G’s fastest-growing products in the country.

Even some poor Vietnamese consumers took to Downy Passion, an upscale scented fabric softener which masks smells that can occur when clothes are soaked overnight in less-than-clean water.  P&G initially had focused on selling larger containers at modern retailers, says Sam Kim, P&G’s vice president for ASEAN & Asia developing markets.  But it quickly found that small, cheaper one-use packets became bestsellers in traditional mom-and-pop stores in Vietnam, where per capita income is still less than one-third that in China.