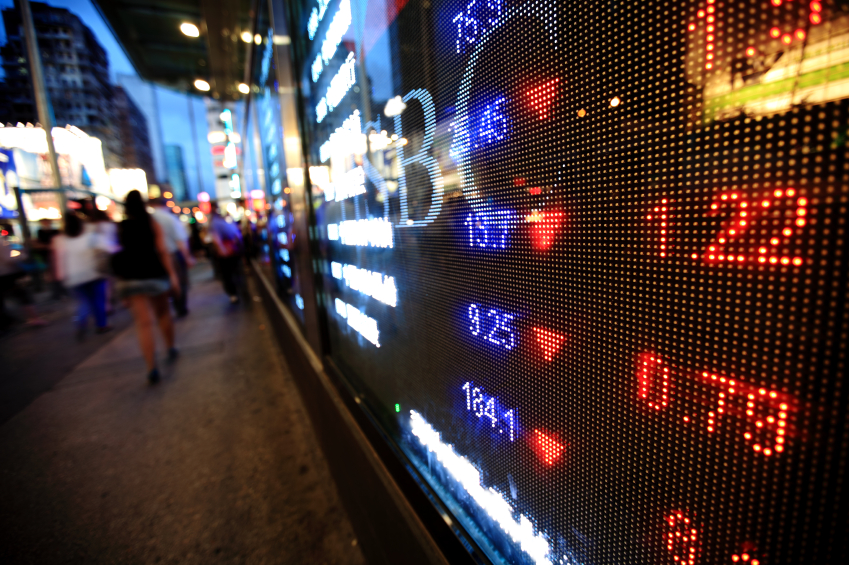 In what seems to be a panicked response, Chinese officials are taking extraordinary regulatory steps to support its stock market, including using state dollars to maintain a specific price level floor and preventing large shareholders from selling.  These efforts to inhibit price discovery based on economic and financial fundamentals are going to ensure the ongoing misallocation of capital well into the trillions of dollars.  By one count, and despite the recent sell-off, the market’s aggregate PE ratio remains in the stratosphere, around 45x.

From The Economist (before the late week rally):

The Chinese authorities’ attempts to stabilise the country’s stock markets have been frantic—and futile. Interest rates have been cut; short-selling capped; IPOs halted; share-buying schemes hatched (backed by central-bank cash).  But the rout continues: the CSI 300 big-company index has fallen by one-third since early June; ChiNext, a would-be NASDAQ, by two-fifths. Trading in over half of Shanghai- and Shenzhen-listed shares has been suspended.  Yet the stock market is still small by rich-world standards.  Bull or bear, it makes limited difference to the real economy.  Its political importance is rather greater.  The government, having staked much credibility on its rise, is now dented by its fall and the hapless efforts to support it.  The policy panic makes clear that China’s leaders, though they praise market forces, still imagine they can control them.  In that sense, the crash is welcome — as a demonstration to the Communist Party that it cannot forever bend markets to its will. 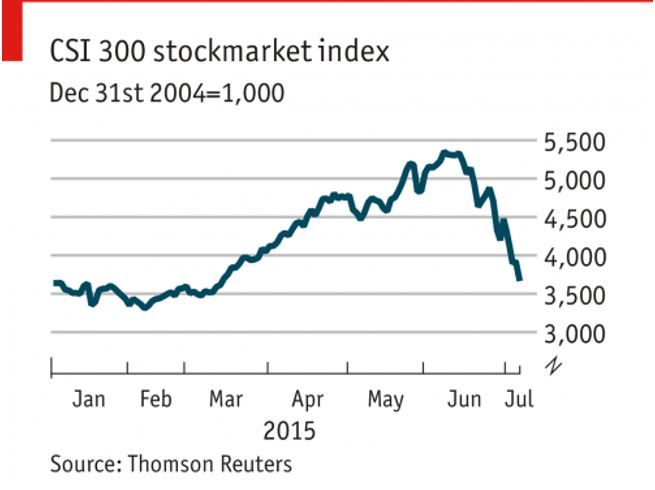 From FT (after Thursday’s rally):

The break from the rout followed another raft of measures from Chinese authorities aimed at halting a share rout that has wiped trillions of dollars off the value of the country’s equity markets.  On Thursday morning, China’s banking regulator said it would allow lenders to ease margin requirements for some wealth management clients, and encouraged banks to offer financing to companies seeking to buy their own shares.  Chinese police also vowed to “punch back” against allegedly illegal market activities and would investigate “malicious” short selling, state media reported.  That came on the heels of a new rule imposed late on Wednesday by the securities regulator banning investors with shareholdings of more than 5 per cent in a company from selling shares.  The restriction also applies to senior executives and board members of listed companies.  The China Securities Regulatory Commission said separately that China Securities Finance Corporation, a government-backed fund, would provide “abundant liquidity” to help steady the market.  State-owned enterprises have also been directed towards share buybacks.  So far, 292 companies have pledged to buy their own stock, according to state media.

With Beijing’s efforts to underpin the market having thus far had limited effect in the face of panicked retail investor selling, many analysts think further steps will be taken if downward pressure returns.  “The impact on the market remains muted and so more resources will probably be ramped up for the battle in the coming days,” wrote Wei Yao, economist at Société Générale.  “The Chinese government is having a ‘whatever it takes’ moment with the stock market.”  On Thursday dozens more companies requested their shares be halted from trading, adding to the list of more than 1,400 that have suspended their stock.  More than half the companies listed on China’s two stock exchanges are currently not trading as a result.