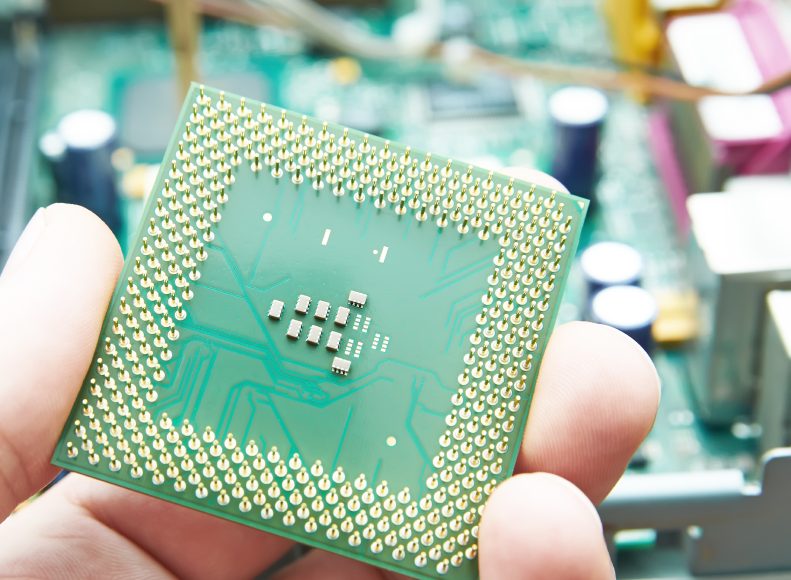 ARM’s model of licensing the designs of its chips, but not manufacturing them, has created opportunities for smaller chipmakers to grab big pieces of the market very quickly by giving these firms the advantages of scale that they would otherwise never have.  An executive whom we know and respect has a colorful saying about this type of competitive dynamic, “When you leave crumbs, you get rats.”

Two Chinese companies scarcely known outside their home country have amassed almost one-third of the market for tablet chips in less than a half-decade — creating headaches for top semiconductor makers led by Intel Corp.  Rockchip Electronics Co. and Allwinner Technology Co. increased sales from a combined 0.3 percent of the market for tablet computer processors in 2010 to more than 27 percent just three years later.  Their Asian predecessors such as Taiwan Semiconductor Manufacturing Co. and Samsung Electronics, took decades to develop the expertise and scale to make an impact.  These Chinese upstarts, by contrast, skyrocketed through the rankings by taking the kinds of risks nimbler companies can afford, and by relying on chip designs from England’s ARM Holdings Plc.

“Before it was like building something brick by brick, but now it’s as though you can build a high-rise in 10 days,” said Feng Chen, Rockchip’s chief marketing officer.  “There’s still a lot of challenges, but we’re standing on the shoulders of giants instead of climbing up from scratch.”  “ARM is a springboard for a lot of Chinese companies,” said Mark Li, an analyst at Sanford C. Bernstein.  “They can get quite good quite quickly. They can save years of investments by leveraging ARM’s IP.”

Based in Fuzhou, halfway between Hong Kong and Shanghai, Rockchip started as a maker of chips used in cheap media players, Chinese equivalents to Apple’s iPod.  Its path up the technology ladder was much quicker than its older rivals because it threw conventional wisdom out the window.  “They’ve got a lot of guts,” said Allen Wu, who heads ARM in China.   “All through the decision process the aim is for speed.  That’s why you see a lot of these customers announce a new ARM product very, very early.”  Instead of the standard process of design, make, test, repeat, Rockchip rapidly stitches together basic building blocks offered by ARM that have become the industry standard and leapfrog through the make and test process, while skipping a follow-up cycle.  “If the chip isn’t a success at first, then we need to do it again which would take another two, three months.  If we get lucky, then we nailed the silicon the first time,” Chen said.  This ability to move quickly is complemented by their proximity to the world’s manufacturing hub for consumer communications devices around Shenzhen in southern China.