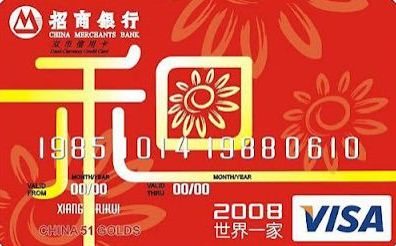 A new study by the University of Missouri has found that about 30 percent of Chinese urban households now own at least one credit card, and the growth rate of credit card adoption has been averaging 40 percent annually since 2004.  Dave Ramsey would not approve.

Rui Yao, an assistant professor of personal financial planning in the College of Human Environmental Sciences at MU, says that this large growth in such a small amount of time has positive and negative implications for the Chinese economy.

“With more and more people taking advantage of credit in China, it certainly increases potential consumer buying power,” Yao said.  “However, we found that more than 90 percent of non-credit card users were unaware of safety issues inherent in credit card use and more than 60 percent had little knowledge of the consequences of credit card default.  This lack of knowledge could create problems as credit card ownership is expected to grow at a rate of 11 percent a year.”

Yao believes the Chinese could benefit from financial education designed to help them plan for their financial future in a manner consistent with Chinese cultural values.  Yao believes encouraging the Chinese to take advantage of debt in a responsible fashion is important for the Chinese economy.