According to a new study, about half of China’s foreign loans to developing economies are undisclosed or otherwise hidden.  Is China leveraging its balance sheet to pursue global ambitions and achieve geopolitical objectives concealed from the rest of the world?  If so, is it economically feasible to do that indefinitely? China’s intentions and actions will have a big impact on the next century.

The problem is most severe for the most vulnerable borrowers: the authors conclude that in its reporting to the Bank for International Settlements, an organisation of central banks, China has disclosed no loans to Iran, Venezuela or Zimbabwe, despite giving them plenty in the past 15 years. They speculate that China avoids cross-border claims by disbursing loans directly to Chinese contractors, so that recipient governments will not misuse funds.

According to the authors, the 50 biggest recipients now have debts with China worth about 17% of their GDP on average, up from 1% in 2005. Strikingly, many were granted debt relief by wealthy creditors in the early 2000s after a wave of defaults. But thanks to China’s largesse they are now on track to reach the same level of debt that they had before the crisis.

Whereas the norm for other official creditors is to lend at concessional terms, about 60% of Chinese loans are extended at higher interest rates and shorter maturities. They often have commodity revenues as collateral. China has started to talk about making its loans more sustainable, but there is little evidence of that so far.

Though China is often depicted as an unforgiving lender, the study finds that it has engaged in at least 140 restructurings and write-offs of external debt since 2000. Moreover, the boom could soon tail off. Chinese economic growth and capital outflows are closely correlated. As China slows its lending floodwaters might recede. 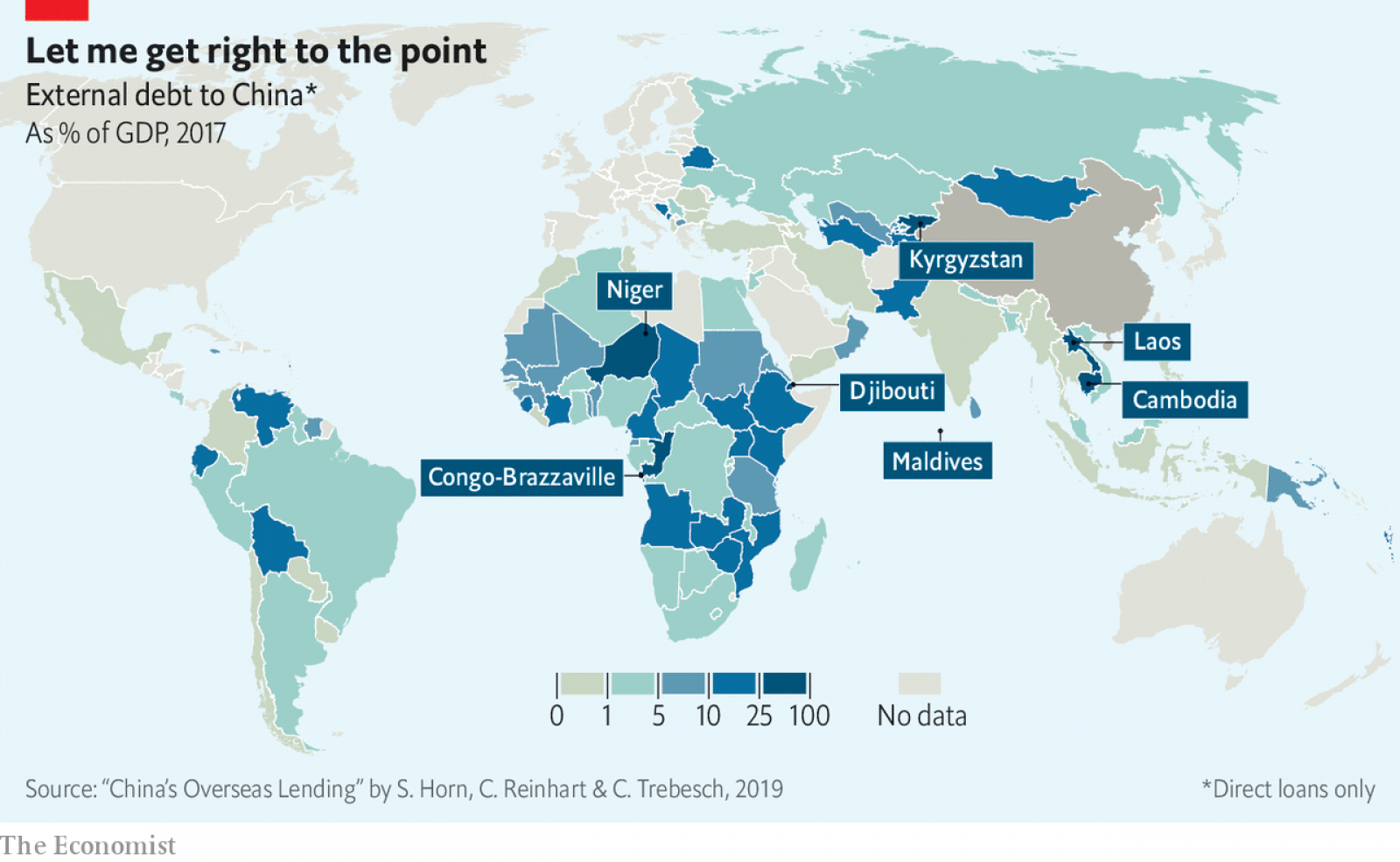 A new study tracks the surge in Chinese loans to poor countriesNearly half of China’s credit is hidden, and much of it goes to vulnerable borrowers