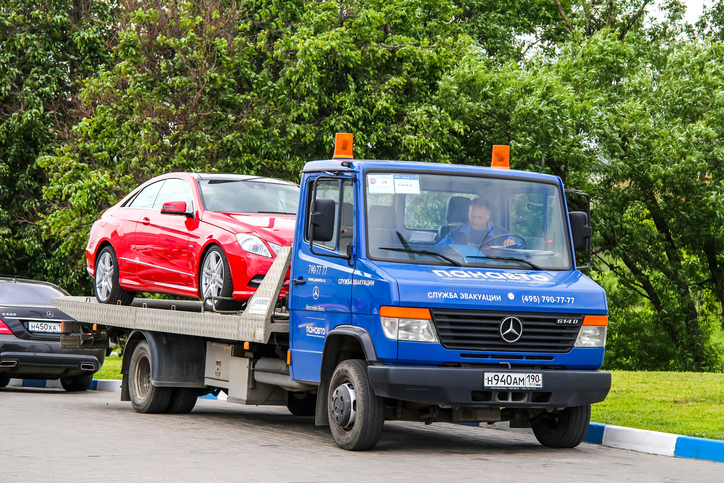 The auto asset-backed securities market has been a popular place for investors to attempt to find yield in a zero interest rate policy world. The increase in lending has compromised underwriting, partly as evidenced by a big expansion in the subprime market. Repossessions have risen to their highest levels since the ’08-’09 financial crisis.

A wire fence topped with barbed wire surrounds a packed plot of land, housing a white Jeep, an orange Audi and a host of other repossessed cars.  Sergio Tavano, owner of T-Birds Automotive in Red Hook, Brooklyn, sits in his car outside the lot with two of his employees.  “The number of repossessions we are doing has definitely risen,” he says.  “It’s the highest I have ever seen it.”

Repossessions in the U.S. hit 1.6m in 2015, the third highest level on record for data going back 20 years, falling short of the 1.8m and 1.9m peaks seen in 2008 and 2009, respectively.  That number is predicted to rise to 1.7m this year, according to Tom Webb, chief economist at Cox’s Automotive.  Ron Neglia, T-Birds’ manager, adds that the uptick from July of this year to now has been “significant”.  And that the nature of the job has shifted as well, presenting a troubling insight into the state of the current economy and for areas of the booming market for auto asset backed securities.  A year ago most of the cars that Mr. Neglia repossessed were from fraudulent schemes — people renting cars under a fake name and not returning them, for example.  Today, he sees a larger number of individuals simply unable to repay on their loans…

It comes amid rising concern about a crisis in the auto loan market.  Analysts say that as competition has grown, lenders have relaxed lending standards, offering bigger loans to consumers and giving them more time to pay the loans back, resulting in borrowers taking on debt that they may not be able to repay.  The auto loan market has grown from $750bn in 2011 to $1.1tn at the end of June, according to data from the U.S. Federal Reserve.  The issue is particularly acute for the subprime ABS market, where issuers take loans from less creditworthy borrowers and package them up into bonds that are then sold to investors.  “While we have seen a gradual loosening in underwriting in recent years it has gotten to a point now where it is becoming unstable,” says Peter McNally, a senior analyst at Moody’s, another rating agency.

The subprime auto ABS market has grown to $38.1bn, down slightly from its second quarter high of $41.2bn, according to data from the Securities Industry and Financial Markets Association.  Fitch Ratings defines subprime ABS as a deal with expected net losses above 7 per cent.  Net losses across subprime auto ABS hit 9.29 per cent in September, according to Fitch — 23 per cent higher than a year earlier.