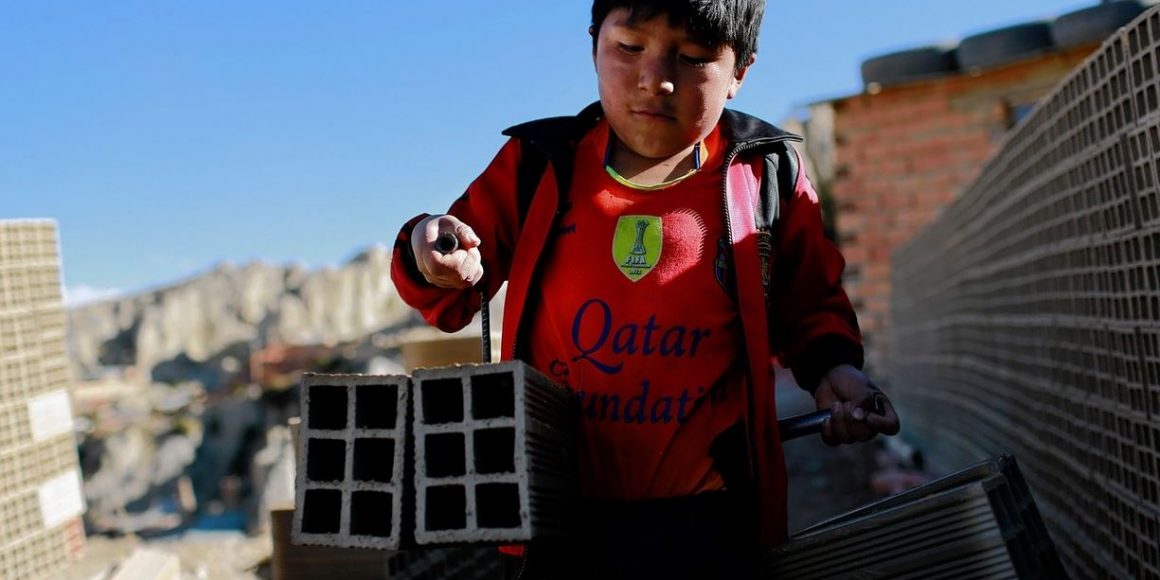 We just returned this week from a research trip to Bolivia.  While this new law may seem crazy to most Americans, it acknowledges the reality of putting food on the table in a country where per capita income is $5,364.

As a boy, Bolivian President Evo Morales helped his destitute family by selling ice cream, baking bread, laying bricks and, according to one biographer, by once herding 50 llamas across the Andes to trade them for corn and dried meat.

Decades later, Mr. Morales, who was re-elected to a third term this month, backed a new law to lower the minimum age for child workers, making Bolivia the world’s only nation to legally allow boys and girls as young as 10 to hold jobs, according to Human Rights Watch.

Coming amid the Morales administration’s progress in expanding the economy and reducing poverty, the law, passed in July, strikes some child advocates as a Dickensian leap backward.

It could encourage more young children to seek jobs, stunt their education and perpetuate a cycle of poverty, warned Marcoluigi Corsi, the Unicef representative here.  It also puts Bolivia at odds with the International Labor Organization, which stipulates 14 as the minimum work age for developing countries.

Some of Bolivia’s Latin American neighbors are moving in the other direction, with Mexico in June raising its minimum work age to 15 from 14.

But Bolivian government officials say the new law simply recognizes the harsh realities of a largely indigenous country where 42% of the population remains poor and children often help support their families.  The new law, the officials say, creates a wider safety net for under-14 workers by mandating that they register for work permits and that employers provide humane conditions and fair compensation.