Between A Rock & A Hard Place 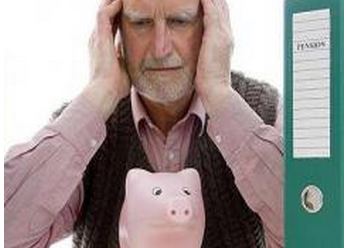 Across America’s business landscape, the gap between the amount that companies expect to owe retirees and what they have on hand to pay them was an estimated $347 billion at the end of 2012. That is better than the $386 billion gap recorded at the end of 2011, but the two years represent the worst deficits ever, according to J.P. Morgan Asset Management. The firm estimates that companies now hold only $81 of every $100 promised to pensioners.

In general, everything happening on the liability side of the pension equation is working against companies.  A big source of the problem: persistently low interest rates, set largely by the Federal Reserve.  Pensions are promises made by employers to pay their workers a set amount of benefits after they retire.  In their financial statements, companies are required to show those promises as a liability.  But unlike other debts that a company might take on, the size of this liability can fluctuate wildly from year to year based on the prevailing interest rates.

The combination of low rates and longer life spans has made it tough for pension plans to keep pace. Between 2009 and 2012, companies in the Russell 3000-stock index have added $1 trillion in assets to their pension plans through investment returns and contributions, but their overall deficit still increased to an estimated $441 billion from $392 billion over that period, according to data from J.P. Morgan Asset Management.