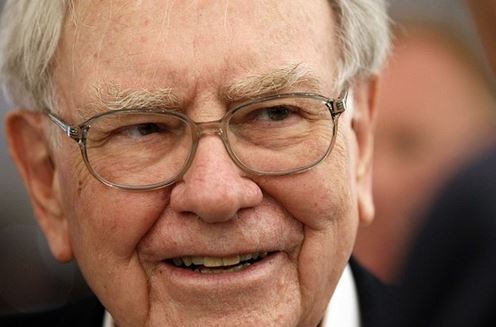 This year’s Berkshire Hathaway annual letter had a few bonus sections.  In honor of the 50th anniversary of Buffett’s takeover of the business, Warren Buffett and Charlie Munger offered their extended thoughts on the key ingredients to Berkshire’s success.  Richard was invited by The Wall Street Journal to share his thoughts on selected sections of the letter that were of particular interest.

From page 34 of the Berkshire Hathaway Annual Letter:

Excerpt:  Next up is cash.  At a healthy business, cash is sometimes thought of as something to be minimized — as an unproductive asset that acts as a drag on such markers as return on equity.  Cash, though, is to a business as oxygen is to an individual: never thought about when it is present, the only thing in mind when it is absent.

Cook & Bynum Annotation:  Standard business school dogma seeks to maximize current returns on equity at the peak of an industry cycle.  This obsession flows through beautifully in GAAP accounting when things are going well, but it inherently makes a business pro-cyclical.  One of the hallmarks of Berkshire’s success has been an understanding of the opportunity cost of cash.  Building cash in the good times has allowed Berkshire to be greedy when others are fearful.  This counter-cyclical mentality has created billions more in value than has been foregone by ignoring the mantra of cash as an unproductive asset.  In addition, this discipline reduces the risk of permanent capital loss.  Being relatively unlevered when prices are expensive and prepared to purchase assets when they are cheap leads simultaneously to lower risk and higher returns.

From page 40 of the Berkshire Hathaway Annual Letter (Munger’s section):

Excerpt:  Why did Berkshire under Buffett do so well?  Only four large factors occur to me:

1)      The constructive peculiarities of Buffett,

2)      The constructive peculiarities of the Berkshire system,

4)      The weirdly intense, contagious devotion of some shareholders and other admirers, including some in the press.

Cook & Bynum Annotation:  Mr. Buffett’s prodigious acumen for math, business, and investing are obvious.  It is more unusual that a 26-year-old Buffett had the self-awareness to begin crafting a system that would maximize his peculiar gifts.  Mr. Buffett would have been successful in many other systems, but he understood very young that he could magnify his accomplishment by getting as many at bats as possible in the areas of his relative competitive advantage.  Good luck is always a factor in a story of achievement, but Mr. Buffett is unique in business history in that he combined those three with a cultivated skill to attract devotees.  Always playing the long game, Mr. Buffett recognized young that developing the ability to attract the favor of others would be enormously beneficial in his career.  This acumen helped him with Lorimer Davidson in 1951, with Jack Ringwalt in 1967, with Katherine Graham in 1973, in the Salomon bond scandal in 1991, and with Lloyd Blankfein in 2008.  Mr. Buffett would have been successful without any one of these large factors, but Mr. Munger is right that the combination has created the lollapalooza result that is Berkshire Hathaway.