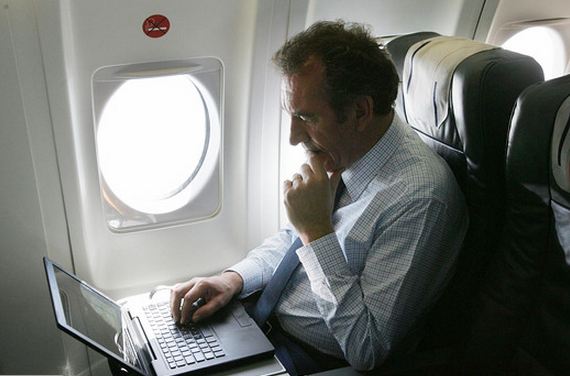 A defining characteristic of a bureaucracy is the presence and defense of policies even when there is a paucity of data to support their usefulness.  Prohibiting the use of personal electronics during takeoffs and landings appears to be such a case:

Why has the regulation remained in force for so long despite the lack of solid evidence to support it?  Human minds are notoriously overzealous “cause detectors.”  When two events occur close in time, and one plausibly might have caused the other, we tend to assume it did.  There is no reason to doubt the anecdotes told by airline personnel about glitches that have occurred on flights when they also have discovered someone illicitly using a device.

But when thinking about these anecdotes, we don’t consider that glitches also occur in the absence of illicit gadget use.  More important, we don’t consider how often gadgets have been in use when flights have been completed without a hitch.  Our survey strongly suggests that there are multiple gadget violators on almost every flight.

Click here for more from The Wall Street Journal

Turns out that the FAA has evidently already made an exception to their own policy:

American Airlines has become the first commercial carrier to get Federal Aviation Administration approval to kit out their pilot’s ‘electronic flight bags’ with iPads for use in “all phases of flight”.  The development was pointed out by Fantastical developer Michael Simmons on Twitter.  American’s pilots will be using the iPad, which is the only FAA-approved tablet as a replacement for paper-based reference manuals that weigh 35lbs. This will save AA an estimated $1.2M of fuel across all of its planes annually, based on current fuel prices…

The tablets in cockpits will use software by Jeppesen, which is used for gate-to-gate tracking throughout flights and presumably in takeoff and landing.  So at least someone gets to use their tablets any time they want on a flight.