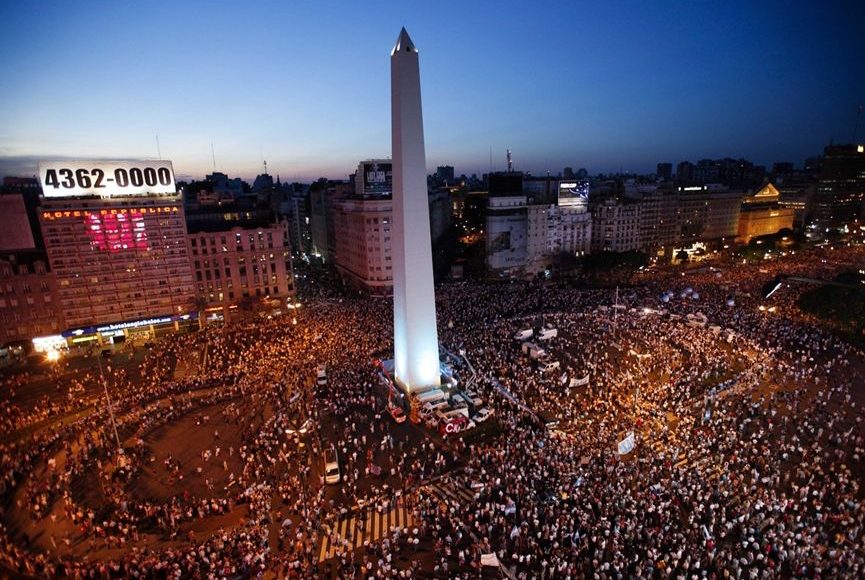 In a still-peaceful escalation of the unrest in Argentina, protestors filled the streets of Buenos Aires yesterday to object to President Cristina Fernandez’s disastrous and unsustainable economic and social policies.

An estimated 700,000 people gathered around the city’s landmark obelisk and other main avenues to march towards the Casa Rosada, the Argentine seat of government.  High crime, inflation of roughly 25 per cent a year, and a possible bid by government allies to reform the constitution to allow Ms Fernandez to run for a third term are also stoking unrest, particularly among middle-class Argentines.  Her government has virtually banned dollar purchases and it limited imports this year, worsening a steep economic slowdown.  Protesters in neighborhoods throughout Buenos Aires waved signs demanding freedom, transparency and an end to crime and corruption.  The event, known in Argentina as 8N, for the 8th of November, was planned months in advance and was heavily advertised in social media networks.