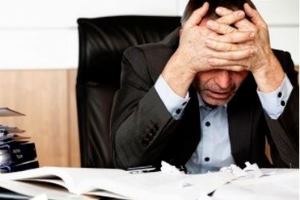 Moody’s reports that U.S. life insurers are facing what could be billions in earnings charges as variable annuity holders exercise lifetime-income guarantees — fixing benefit payments in an investment environment where yield is difficult to come by.  While apparently not yet as pronounced, the situation is reminiscent of the Japanese insurance industry in the late ’90’s when nine insurers collapsed.  The Bank of Japan’s decision to try to stimulate the economy by cutting interest rates close to zero (compounded by a catastrophic equity market fall) made it impossible for the insurers to meet their guaranteed payment obligations.

Variable annuities are a tax-advantaged way to invest in stock and bond funds, and these particular guarantees promise steady payouts if owners’ fund accounts become depleted.  The grim outlook from the New York ratings firm comes as some insurers are continuing to explore ways to reduce the liability they face from the big blocks of guarantees on their books.  Over the past couple of years, many insurers have clamped down on fund choices, raised fees, forbid additional account contributions and sought to buy back the contracts.  In one of the latest efforts, Hartford Financial Services Group Inc. is requiring owners of certain of its guarantees to move at least 40% of their money into bond funds — and lose their guarantee if they fail to transfer the money out of stock funds.

Historically, the biggest risk the guarantees posed to insurers has been a steep equity-market decline, but most insurers have learned to effectively hedge the risk of stock-market declines using financial derivatives, according to the Moody’s report.  Insurers now are plagued by “less-easily hedged and more unpredictable policyholder behavior,” with retention of the products “much greater than expected,” the report said.  Insurers including ING U.S. life-insurance units and MetLife Inc. together have taken more than $2.75 billion in charges, in part reflecting lower-than-expected cancellation of the products.  “Lower lapse rates means that higher reserves are required due to higher potential future guaranteed payments to a larger remaining customer group,” Moody’s report says…

In the early to mid-2000s, insurers competed to sell ever-more-generous guarantees to older people worried about investment losses and outliving their savings. The market declines of the financial crisis showed the value of the products to consumers — and the cost to insurers, as they were required by regulators to boost reserves and capital to back the guarantees.  Immediately after the financial crisis, insurers yanked generous versions of the guarantees from the marketplace and launched new ones with scaled-back benefits, higher prices and fewer choices.  Some insurers, including once-dominant-player Hartford, have stopped selling variable annuities.