An Emerging Substitute in Coffee Beans 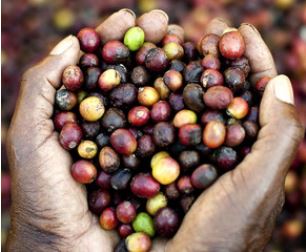 Growth in coffee demand is almost all from emerging market consumers, where the expanding middle class is developing a taste for the drink.  The robusta bean has garnered much of this growth because of its cheaper price compared to the tastier arabica bean.  This ability to substitute the lower-end bean — at least partially because many of these emerging market consumers are first-time drinkers who never got accustomed to the superior arabica — highlights the impact viable substitutes can have on pricing power and profitability.

A third of the world’s coffee is grown in Brazil.  Along with other countries that mainly cultivate the tastier and pricier arabica-bean variety, it faces two problems.  First, the traditional markets for their wares are saturated.  Growth in Europe, America and Japan, which between them glug over half the world’s coffee, is flat.  Second, in places like China, Indonesia and Brazil itself, where coffee is an affordable luxury for the middle class, the market is growing by around 5% a year.  But these drinkers are filling their pots with cheaper robusta beans — what Kona Haque of Macquarie dubs the “emerging-market coffee”.

Strong demand for entry-level coffee — 40% of the world’s coffee crop is now robusta beans — has enabled Vietnam to go from almost nothing a decade ago to producing 25m bags today.  Worse still for arabica producers, the recession in Europe has hit demand and squeezed profits for roasters.  These processors, including big food firms such as Nestlé and Kraft, have responded by blending cheaper robusta with arabica.  As a result robusta prices have not fallen as fast as arabica.  Even so, the narrowing gap between them has not yet prompted bean counters to reintroduce the costlier variety.