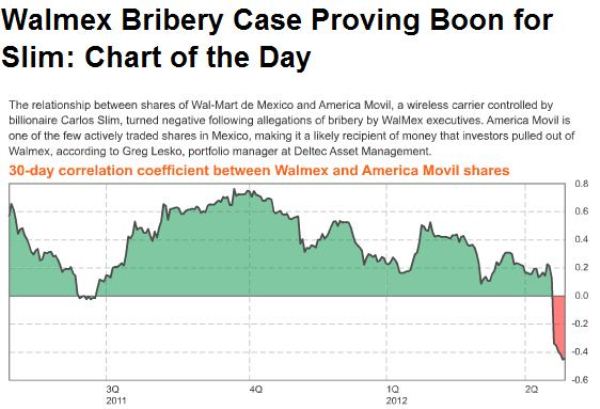 The recent uncertainty around Walmart de Mexico following bribery allegations against the company led to an interesting — but nonsensical — market reaction for American Movil, which saw its market value grow 13% in two days despite no ‘new news’ on the company.  Formulaic, top-down trading too often ignores price as a/the key investment consideration.

…[T]he 30-day correlation coefficient between the two stocks turned negative on April 23, when Walmex sank 12 percent, the most since 1998, on allegations described in a New York Times story that its executives bribed Mexican officials.  America Movil is one of the few actively traded shares in Mexico, making it a likely recipient of money that investors pulled out of Walmex, according to Greg Lesko, who manages $700 million at Deltec Asset Management.

“As people were selling their Walmex because of this bribery scandal, the money had to go somewhere,” Lesko said in a telephone interview from New York.  “It seems that money was flowing into America Movil…”

America Movil, the largest mobile-phone carrier in the Americas, was the best performer on the benchmark IPC index after the Times’s report, which the company says it is investigating.  It gained 2.9 percent that day and another 10 percent since while Walmex has slumped 15 percent. 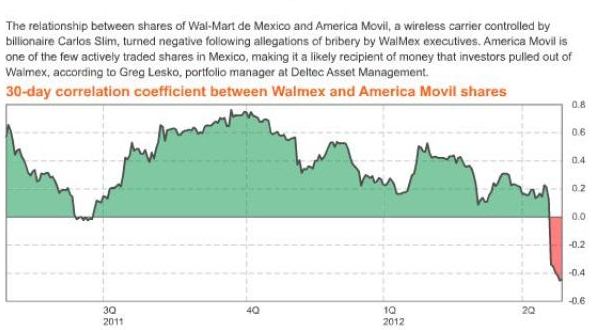