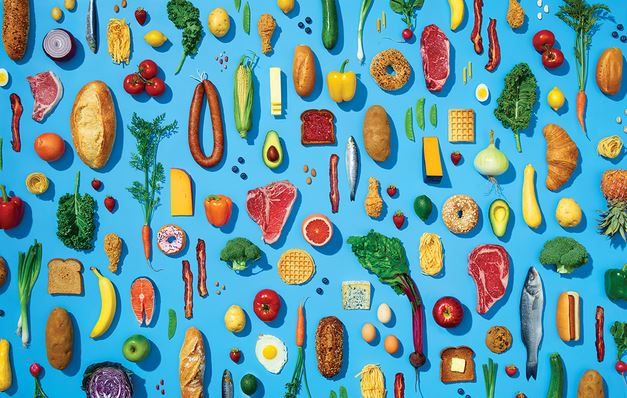 In the past we have expressed our doubts about Gary Taubes’ alternative hypothesis for the key cause(s) of obesity. However, we applaud his efforts to bring funding to nutrition science so that the field can overcome the serious limitations of its past studies.

In January of this year, the first subject checked into the metabolic ward at the National Institutes of Health in Bethesda, Maryland, to participate in one of the most rigorous dietary studies ever devised. For eight weeks, he was forbidden to leave.  He spent two days of each week inside tiny airtight rooms known as metabolic chambers, where scientists determined precisely how many calories he was burning by measuring changes in oxygen and carbon dioxide in the air.  He received meals through vacuum-sealed portholes so that the researchers’ breath wouldn’t interfere with their measurements.  The food itself had been chemically analyzed to ensure an exact number of carbohydrate, protein, and fat calories.  The two-day stays in the chambers were only a small part of the testing, which was also being carried out on subjects at three other institutions around the U.S.. Twice a month, the subjects were required to lie down for dual-energy x-ray absorpti­ometry scans, an accurate way to measure body fat.  They offered up their veins again and again so that scientists could measure their lipids and hormone levels.  They provided samples of their stools so the researchers could record the different colonies of bacteria residing in their guts.

And yet for all the poking, prodding, measuring, and testing, the most remarkable thing about the $5 million undertaking may be that it’s designed to answer a question you’d think we’d have answered long ago: Do we get fat because we overeat or because of the types of food we eat?  The Energy Balance Consortium Study, as it’s called, is one of the first to be backed by the Nutrition Science Initiative, a nonprofit that prides itself on funding fanatically careful tests of previously overlooked hypotheses.  NuSI (pronounced new-see) was launched in September 2012 by crusading science journalist Gary Taubes and former physician and medical researcher Peter Attia.  The three NuSI studies now under way, which focus on establishing the root causes of obesity and its related diseases, provide just a glimpse of Taubes and Attia’s sweeping ambition.  NuSI has already raised more than $40 million in pledges and is in the midst of a $190 million, three-year campaign to fund a new round of studies that will build off the findings in the initial research.  Together, the studies are intended as steps toward an audacious goal: cutting the prevalence of obesity in the US by more than half — and the prevalence of diabetes by 75 percent — in less than 15 years.

Taubes and Attia are firmly in the sugar-bad, saturated-fat-good camp.  Indeed, Taubes has written a number of the articles and books — including the best-selling Good Calories, Bad Calories — on which that thinking is based.  But even they acknowledge they can’t be certain.  That’s because, as Taubes eloquently argues, most of the existing knowledge gathered in the past five decades of research comes from studies marred by inadequate controls, faulty cause-and-effect reasoning, and animal studies that are not applicable to humans.  The whole body of literature, Taubes wrote in a blog post announcing the launch of NuSI, “is based on science that was simply not adequate to the task of establishing reliable knowledge.”

For instance, much of what we think we know about nutrition is based on observational studies, a mainstay of major research initiatives like the Nurses’ Health Study, which followed more than 120,000 women across the US for three decades.  Such studies look for associations between the foods that subjects claim to eat and the diseases they later develop.  The problem, as Taubes sees it, is that observational studies may show a link between a food or nutrient and a disease but tell us nothing about whether the food or nutrient is actually causing the disease.  It’s a classic blunder of confusing correlation with causation — and failing to test conclusions with controlled experiments. “Good scientists will approach new results like they’re buying a used car,” he says.  “When the salesman tells you it’s a great car, you don’t take his word for it.  You get it checked out.”

NuSI’s starting assumption, in other words, is that bad science got us into the state of confusion and ignorance we’re in.  Now Taubes and Attia want to see if good science can get us out.