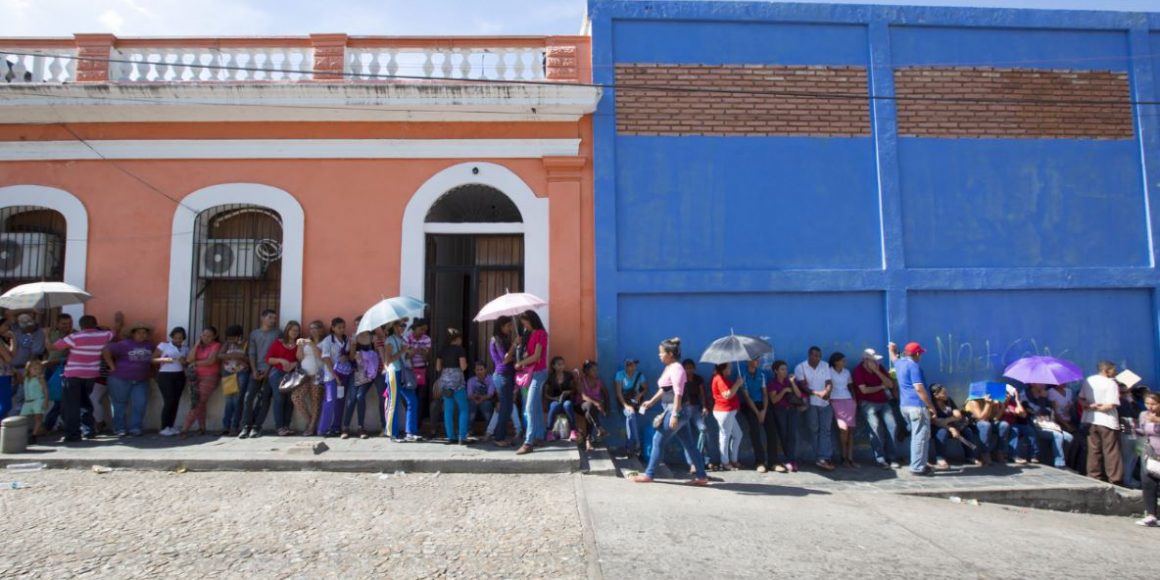 Illustrating how much fortunes can change in just a decade or two, Venezuelans are fleeing their country for a better life in neighboring Colombia.

Even without money and a stable job since his arrival in Colombia in early July, Eduardo—not his real name— has regained most of the weight he had lost at home in Venezuela. The 44-year-old systems engineer used to make $18 a month in his home town of Barquisimeto, but that was not enough to feed himself and his son given the rampant inflation and chronic scarcities of food and medicine as Venezuela sinks deeper into its economic crisis.  Since fleeing to Bogotá, Eduardo, who declined to give his name as he is still an illegal immigrant, says he has been working “on this and that while a friend helps me out.  At least I can find food here.  Back in Venezuela we all lacked anything to eat.”

“Most Venezuelan families these days hope a member leaves, somewhere, in order to send money back,” the man adds.  He is echoed by a Venezuelan accountant who entered Colombia this weekend and is determined to stay even if “I have to stand at a corner all day selling arepas”, a maize staple in both nations.  According to a senior Colombian immigration official, that is now the trend: “The number of Venezuelans crossing into Colombia, legally or illegally, has grown a lot.”  Indeed, in the past two months, in scenes familiar to the fall of the Berlin Wall, almost 300,000 Venezuelans flooded across the previously closed Colombian border to buy the food and medicines they could not find on Venezuela’s barren shelves…

Guyana, one of Latin America’s poorest countries, is deporting Venezuelans seeking food.  The number of Venezuelans asking for U.S. asylum has soared 168 per cent since last year, said the Pew Research Center — placing Venezuela almost at the top for asylum applications, trailing only behind China and drug-infested Mexico.  The United Nations High Commissioner for Refugees said the number of Venezuelans asking for refugee status jumped from 127 in 2000 to 10,300 last year.  With the world’s attention focused on African, Middle-Eastern, and Central American migrants, Daniel Pagés of the Association of Venezuelans in Colombia wants to include Venezuelans “as part of that wave”.

Tomás Páez-Bravo, a sociology professor at the Central University of Venezuela, who researches on the diaspora, estimates 1.8m Venezuelans have fled in the past 17 years.  “Judicial and personal security, alongside the economic situation, have historically been the main drivers of those leaving Venezuela,” he said.  But Mr. Páez-Bravo added: “As those two factors have dramatically worsened, in the past year there has been an enormous wave of people leaving the country.”