A Successor to GPS 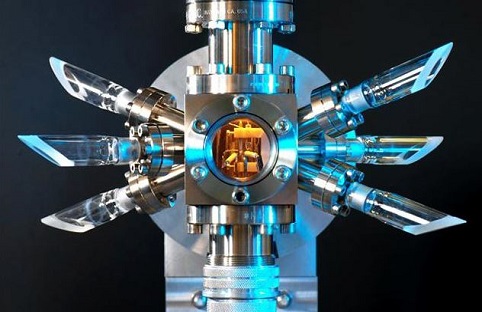 As a space-based system that requires an unobstructed line of sight to four or more satellites, GPS has a number of limitations that make it sub-optimal for military (jamming) and consumer (between buildings in big cities) use.  Britain’s Ministry of Defence is leading the development of a viable alternative.

The Ministry of Defence is investing millions of pounds to look for the holy grail of navigation: a tamper and interference-proof device capable of pinpointing a location anywhere on the globe.  Scientists at Porton Down and the National Physical Laboratory believe they are three to five years away from developing a “quantum compass” that would be able to locate itself based on the subatomic effects of the earth’s magnetic field.  The technology, which would have no need for satellites or fixed points of reference such as radio masts, is of military interest around the world, because of the limitations of space-based navigation systems.  In February, the US pioneer of GPS, the most widely used satellite navigational array, warned that the system was under strain and was extremely vulnerable to deliberate disruption or attack.

Several quantum-navigation technologies are being developed at Porton Down and the NPL.  At a basic level, they work by supercooling trapped ions and reducing the effect of external radiation so they are sensitive only to electromagnetic fluctuations produced by the earth.  Measuring the influence of those fluctuations on the particles should allow scientists to track the movement of a chip containing the trapped ions with extreme precision.  Quantum research has been identified by the government as part of its scientific agenda with military technologies at the forefront.  Research into quantum navigation is Porton Down’s biggest priority in the field.