A Simpler Family Tree for Humans? 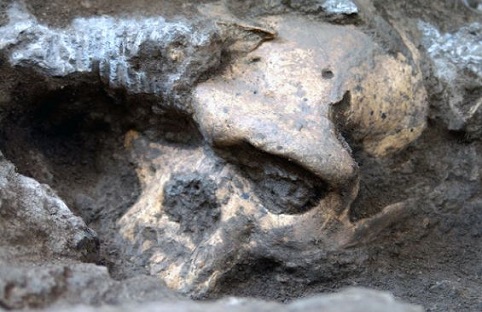 A group of paleoanthropologists is asserting that a 1.8-million-year-old skull found in the Republic of Georgia suggests that modern humans’ earliest ancestors came from Africa as a single species — and not from several species as is currently widely believed.  If conclusive, this discovery would dramatically simplify the narrative of human evolution.

… scientists have made a discovery that may rewrite the evolutionary history of our human genus Homo.  It would be a simpler story with fewer ancestral species.  Early, diverse fossils — those currently recognized as coming from distinct species like Homo habilis, Homo erectus and others — may actually represent variation among members of a single, evolving lineage.  In other words, just as people look different from one another today, so did early hominids look different from one another, and the dissimilarity of the bones they left behind may have fooled scientists into thinking they came from different species.

The key to this revelation was a cranium excavated in 2005 and known simply as Skull 5, which scientists described as “the world’s first completely preserved adult hominid skull” of such antiquity.  Unlike other Homo fossils, it had a number of primitive features: a long, apelike face, large teeth and a tiny braincase, about one-third the size of that of a modern human being.  This confirmed that, contrary to some conjecture, early hominids did not need big brains to make their way out of Africa.

The discovery of Skull 5 alongside the remains of four other hominids at Dmanisi, a site in Georgia rich in material of the earliest hominid travels into Eurasia, gave the scientists an opportunity to compare and contrast the physical traits of ancestors that apparently lived at the same location and around the same time.  Dr. Lordkipanidze and his colleagues said the differences between these fossils were no more pronounced than those between any given five modern humans or five chimpanzees.  The hominids who left the fossils, they noted, were quite different from one another but still members of one species.