A New Approach to Computing 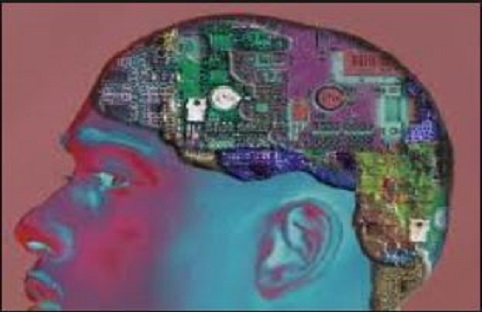 Neuromorphic engineering is a rising discipline focused on building computers that better mimic the neural architecture of a human brain, which could provide a series of advantages versus current structures.  These scientists are collaborating on a variety of approaches, which will hopefully advance computer engineering while also teaching neurobiologists more about how our brains work.

But though the brain-as-computer is, indeed, only a metaphor, one group of scientists would like to stand that metaphor on its head.  Instead of thinking of brains as being like computers, they wish to make computers more like brains.  This way, they believe, humanity will end up not only with a better understanding of how the brain works, but also with better, smarter computers.

These visionaries describe themselves as neuromorphic engineers.  Their goal, according to Karlheinz Meier, a physicist at the University of Heidelberg who is one of their leaders, is to design a computer that has some — and preferably all — of three characteristics that brains have and computers do not.  These are: low power consumption (human brains use about 20 watts, whereas the supercomputers currently used to try to simulate them need megawatts); fault tolerance (losing just one transistor can wreck a microprocessor, but brains lose neurons all the time); and a lack of need to be programmed (brains learn and change spontaneously as they interact with the world, instead of following the fixed paths and branches of a predetermined algorithm).

The yawning gap in neuroscientists’ understanding of their topic is in the intermediate scale of the brain’s anatomy.  Science has a passable knowledge of how individual nerve cells, known as neurons, work.  It also knows which visible lobes and ganglia of the brain do what.  But how the neurons are organized in these lobes and ganglia remains obscure.  Yet this is the level of organization that does the actual thinking — and is, presumably, the seat of consciousness.  That is why mapping and understanding it is to be one of the main objectives of America’s BRAIN initiative, announced with great fanfare by Barack Obama in April.  It may be, though, that the only way to understand what the map shows is to model it on computers.  It may even be that the models will come first, and thus guide the mappers.  Neuromorphic engineering might, in other words, discover the fundamental principles of thinking before neuroscience does.

Two of the most advanced neuromorphic programs are being conducted under the auspices of the Human Brain Project (HBP), an ambitious attempt by a confederation of European scientific institutions to build a simulacrum of the brain by 2023.   The computers under development in these programs use fundamentally different approaches. vOne, called SpiNNaker, is being built by Steven Furber of the University of Manchester.  SpiNNaker is a digital computer — ie, the sort familiar in the everyday world, which process information as a series of ones and zeros represented by the presence or absence of a voltage.  It thus has at its core a network of bespoke microprocessors.   The other machine, Spikey, is being built by Dr Meier’s group.  Spikey harks back to an earlier age of computing.  Several of the first computers were analogue machines.  These represent numbers as points on a continuously varying voltage range — so 0.5 volts would have a different meaning to 1 volt and 1.5 volts would have a different meaning again.  In part, Spikey works like that.  Analogue computers lost out to digital ones because the lack of ambiguity a digital system brings makes errors less likely.  But Dr Meier thinks that because they operate in a way closer to some features of a real nervous system, analogue computers are a better way of modelling such features.