Economist Max Roser, through his ‘Our World in Data’ website, covers a broad range of topics about living standards across the world and over time.  He is also using the related data to create striking visualizations, including recent additions to his reporting on world poverty.  Despite the many conflicts around the world, the reduction in poverty and the associated increases in standards of living are remarkable.

In 1820, the vast majority of people lived in extreme poverty and only a tiny elite enjoyed higher standards of living.  Economic growth over the last 200 years completely transformed our world, and poverty fell continuously over the last two centuries.  This is even more remarkable when we consider that the population increased 7-fold over the same time (which in itself is a consequence of increasing living standards and decreasing mortality — especially of infants and children —  around the world). In a world without economic growth, an increase in the population would result in less and less income for everyone, and a 7-fold increase would have surely resulted in a world in which everyone is extremely poor. Yet, the exact opposite happened. In a time of unprecedented population growth we managed to lift more and more people out of poverty! Even in 1981 more than 50% of the world population lived in absolute poverty — this is now down to about 14%.  This is still a large number of people, but the change is happening incredibly fast.  For our present world, the data tells us that poverty is now falling more quickly than ever before in world history.  The first of the Millenium Development Goals set by the UN was to halve the population living in absolute poverty between 1990 and 2015.  Rapid economic growth meant that this goal — arguably the most important — was achieved (5 years ahead of time) in 2010. 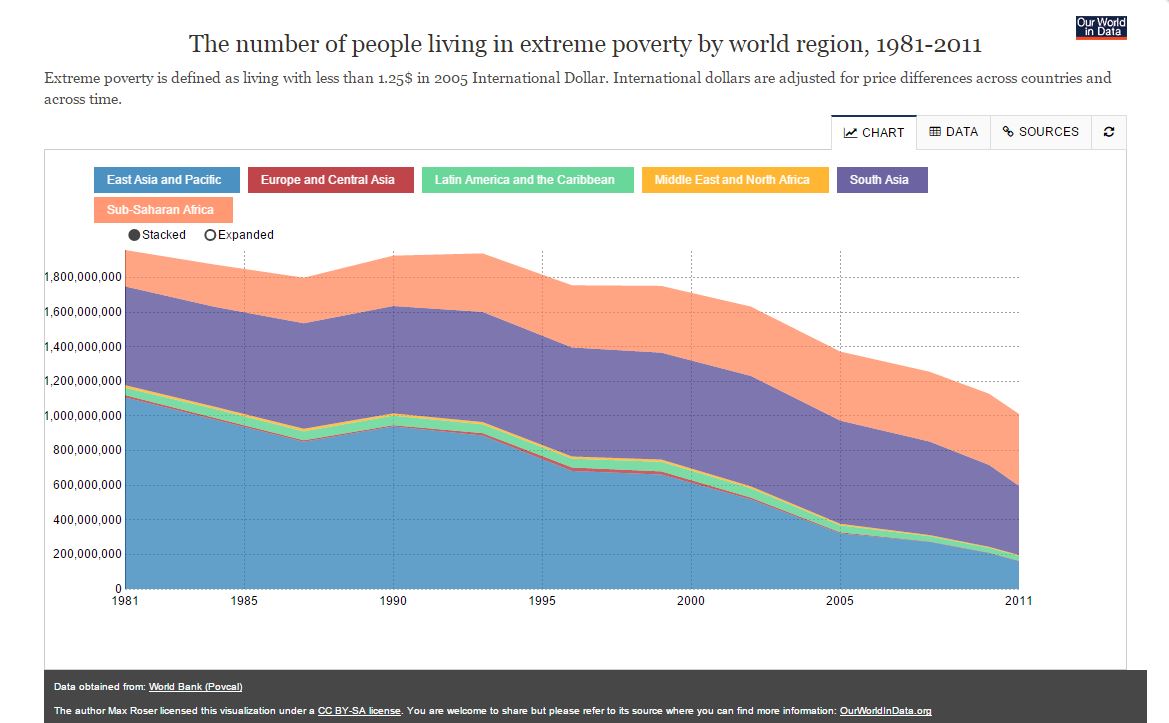 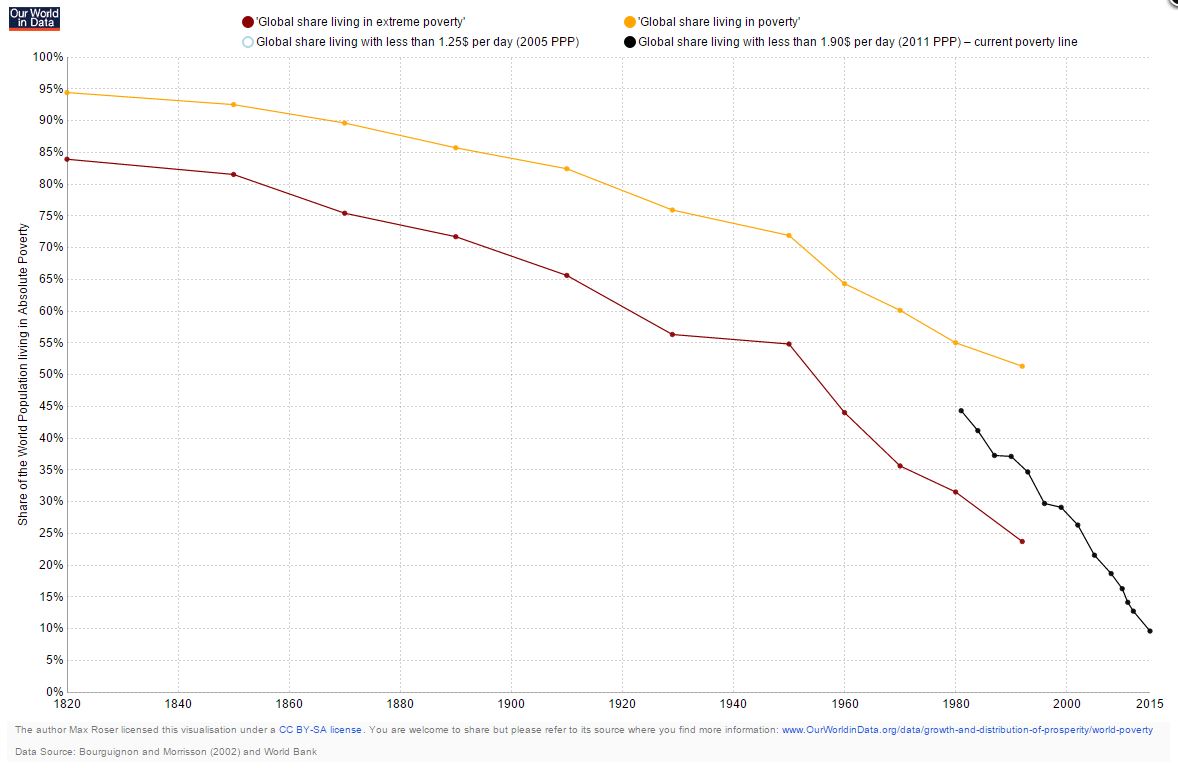