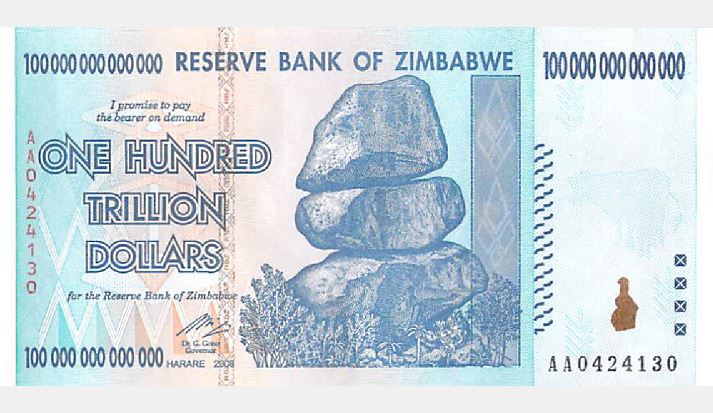 We recently commented on Venezuela’s de facto dollarization, but Zimbabwe has taken the step of officially ending its local currency.  The country had been using U.S. dollars and South African rands as its primary currencies following a bout of hyperinflation late last decade, with inflation topping 500 billion percent in 2008.

Zimbabweans will start exchanging ‘quadrillions’ of local dollars for a few U.S. dollars next week, as President Robert Mugabe’s government discards its virtually worthless national currency, the central bank said on Thursday.  The southern African country started using foreign currencies like the U.S. dollar and South African rand in 2009 after the Zimbabwean dollar was ruined by hyper-inflation, which hit 500 billion percent in 2008.  At the height of Zimbabwe’s economic crisis in 2008, Zimbabweans had to carry plastic bags bulging with bank notes to buy basic goods like bread and milk.  Prices were rising at least twice a day.

Click here for more from Reuters.com
Back to C&B Notes