Based in Chile, Coca-Cola Embonor is a Coke bottler that serves two primary markets, most of Chile outside of the Greater Santiago area and the country of Bolivia.  Embonor made progress in several areas during 2016 that should improve its prospects for additional earnings growth.  Dowe visited the company in Santiago last month, and his discussions with management and reported financial results indicate that they have done a nice job of controlling costs in Embonor Chilean territories in the face of a weaker economy.  More importantly, thanks to effective distribution execution and an improved price/package mix, the Bolivian business again grew at a double-digit rate in 2016 — now making Bolivia a bigger market than the company’s original Chilean territory.  This strong growth in Bolivia will likely repeat in 2017, although this greater-than-GDP rate of expansion will not continue ad infinitum.  Embonor is well-positioned to benefit from even small increases in per capita GDP in Bolivia, as we have found that consumers steadily switch to prepackaged beverages (ready-to-drink) as their per capita incomes go from $5,000/year to $20,000/year.  Currently per capita income in Bolivia is about $6,000/year compared to $17,000/year in Chile.

The business is, of course, not without challenges.  One area of concern centers around potential macroeconomic issues that impact consumers in its end markets.  The Chilean economy relies heavily on copper mining and is susceptible to changes in the underlying commodity price.  Additionally, Bolivia’s government is not as stable as that of Chile.  Fortunately, Embonor is well-positioned to execute on its core competencies and should be able to weather effectively less-than-ideal macroeconomic conditions.

Embonor was the best-performing Fund holding in 2016, and it remains attractively valued given its overall growth prospects.  Additionally, and as a potential premium creator, Embonor is a likely takeover target for one of the larger Latin American bottlers.  The synergies from a deal with Andina would be compelling in Chile, and both Coca-Cola FEMSA and Arca Continental could make a case for buying Embonor, given the strength of the Bolivian business. 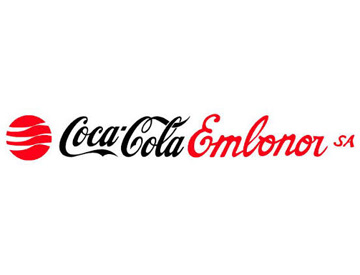